The tournament was completed over two stages: 23-rounds of RR followed by knockout between top four teams.

After the round robin the team champion of the Czech Republic “Black Dragon” composed of Pavel Menčík and Jiří Jezbera took the first place.

In the knockout Dadabus convincingly won the bronze medal by beating Berlin Architekt 3-0.

The final was thrilling for the kibitzers. Black Dragons took a quick lead 2-0, but then Latina completely turned the table to win the match by 3-2 and claim the title of European Tourbullon Champion. 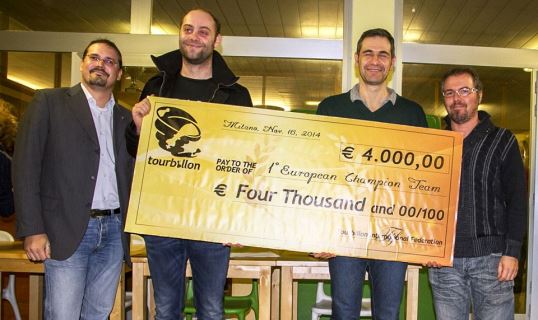