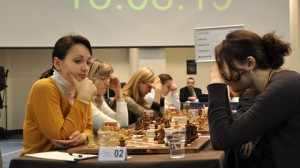 Russia was slowed down in their victorious march by the tough team of Poland who snatched one match point. Poland was actually leading thanks to WGM Joanna Majdan Gajewska, but in the last game of the match Nadezhda Kosintseva outplayed Monika Socko to even up the score, 2:2.

Ukraine was paired against Georgia in the other derby match of the women section, their games were long and closely contested. Kateryna Lahno and Nana Dzagnidze ran into a horrible time trouble, Lahno later emerged with a better Queens’ endgame. In the meantime, the teams exchanged victories and one game was drawn, with the score at 1.5-1.5. After six hours of play Lahno pulled a win and marked the start of celebration for her team.

Anna Muzychuk of Slovenia defeated Hoang Thanh Trang of Hungary for the minimal victory of her team. The Czech Republic succumbed to France, while Serbia managed to get maximum points from the Netherlands.

After round six, Russia is leading with 11 match points, followed by Ukraine with 10 and Poland with 9. 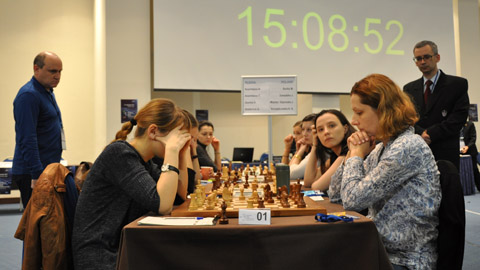 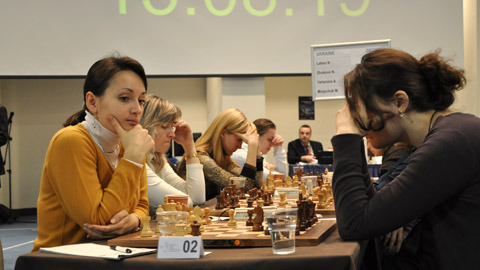 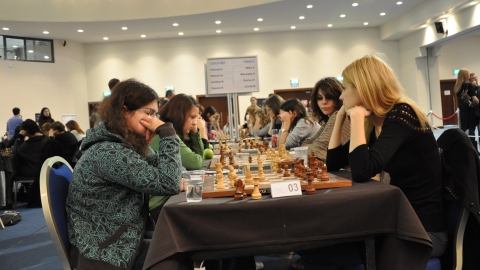 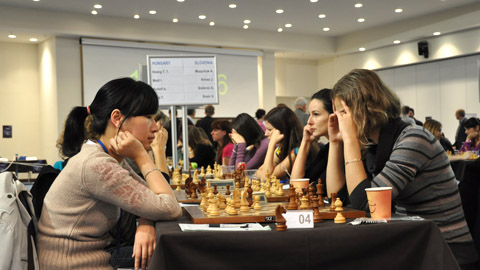