The organizers of the Championship are the European Chess Union and Estonian Chess Federation.

Tallinn is the capital and largest city of Estonia. It is an internationally renowned tourist destination with the exceptionally complete and well-preserved medieval Old Town next to modern gems of architecture and many other attractions.

Accommodation will be provided on the full board basis in Meriton Grand Conference & Spa Hotel. Special offers regarding accommodation for the participants will be available on the official website of the tournament http://www.maleliit.ee/eu2014

The entry from can be downloaded from the organizer’s website: http://www.maleliit.ee/eu2014. It must be filled in by the national federation and sent to the following E-mail address: eyrapid2014@gmail.com not later than September 12, 2014. This date is the registration deadline. After that, federations will not be able to register or modify any registrations. 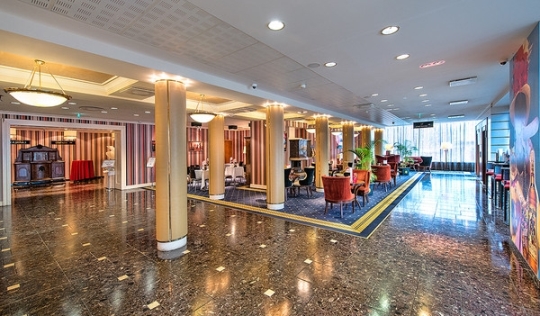 3) 14th Team European Championships – Rapid
Three categories: U10, U14 and U18.
Teams are composed of 3 boys + 1 girl and two reserve players.
One team may have players from maximum two National Federations;
7 rounds played according to the Swiss System, 10 minutes + 5 sec per player
Entry fee: 5 EUR per participant

4) 14th Individual European Championships – Blitz
Three categories: under 10, under 14 and under 18 separate for boys and girls.
9 rounds played according to the Swiss System, 3 minutes + 2 sec per player
Entry fee: 5 EUR per participant

5) 13th European Championship in solving chess problems
Three categories: U10, U14 and U18;

Participants can get all necessary information on the official tournament website http://www.maleliit.ee/eu2014/ or by mail: eyrapid2014@gmail.com