In round 5, Fridrik Ólafsson and Paul van der Sterren won their respective games, resulting in a ranking whereby all players in group 1 have scored 2½ out of 5. Monika Soćko beat Stuart Conquest in group 2 and Robin van Kampen drew against Ketevan Arakhamia. Soćko and Van Kampen lead this group with only one round left.

Paul van der Sterren was determined to win today. After a Bogo-Indian opening he got the better structure, Pia Cramling ending up with an isolated pawn on d5. Around move 20, Van der Sterren successfully avoided a repetition of moves. When Cramling played the tactical mistake 24…Bf5 her position collapsed.

In the commentary room, Van der Sterren said he was delighted with his win: “The last game of chess I won was over one year ago! And I had to wait eight years for that to happen.” 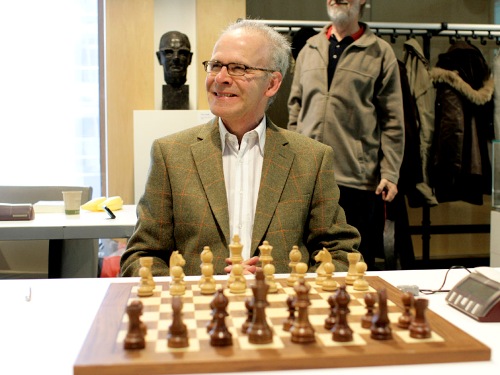 For a long time, the battle between Zhaoqin Peng and Ólafsson remained balanced. In time trouble, Peng blundered with 31…Bc6 which cost a pawn without compensation. Had she only played 31…Qd6, the position would have remained fully equal.

Ólafsson, a seasoned player, did not allow the win to escape him. Peng attributed her mistake to a lack of night’s rest and the hard-fought draw with Cramling in round 4. Peng: “I play for the points, Cramling for the game of chess. She just keeps on playing.” 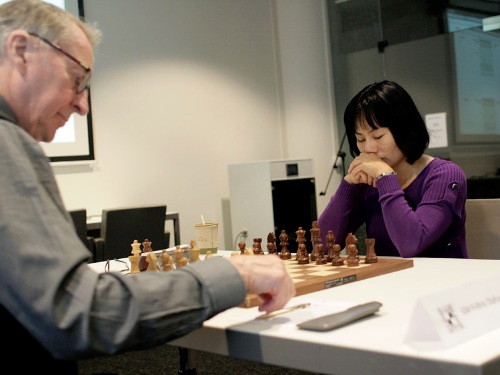 Against the Sicilian opening of Robin van Kampen, Arakhamia replied with the solid 3.Bb5+ after which she tried to simplify the position. Van Kampen did his best to keep the game going and even got the better position at some point. Just before the time control he finally won a pawn but the resulting rook ending turned out to be draw.

Finally, English Conquest chose to play the English opening against Soćko. Around move 20 Soćko, playing black, was clearly better but could not find the right follow-up: after 27…f4 it was Conquest who gained a pawn. However, in time trouble he missed a simple win; with 34.Ne6 he could have struck a decisive blow. Three moves later he blundered with 37.Qe2 after which he had to resign. 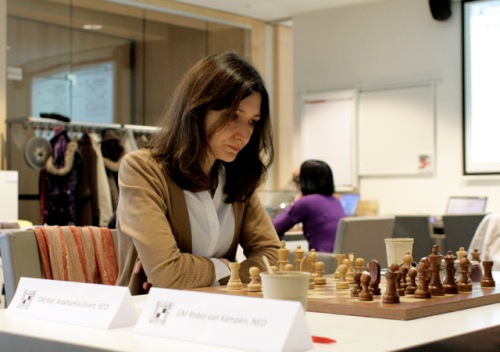