In the first round of the Euwe tournament we only saw three games instead of the planned four games. Stuart Conquest was supposed to fly in from London early on Monday morning, but due to dense fog on London City Airport his flight had to be canceled.

Conquest was still on the way to Amsterdam on Monday evening. Hopefully he will make it on time for his second round game on Tuesday. The game that he was supposed to play on Monday against Keti Arakhamia will be played on the rest day on Thursday.

Paul van der Sterren escaped in his first tournament game since 10 (!) years. The semi-retired Dutchman played his last tournament game in the Dutch Championship back in 2001. In the game against 76-year old Fridrik Olafsson from Iceland he had some problems to solve on the black side of a Nimzo-Indian. 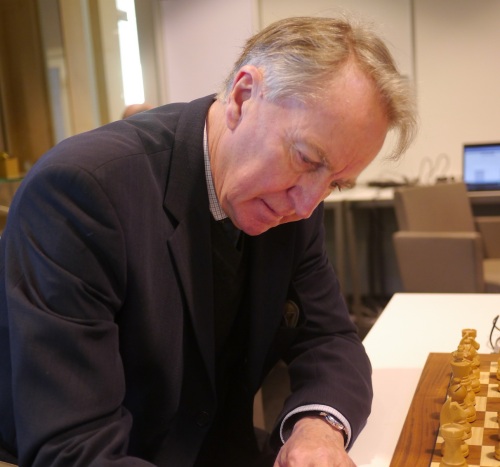 Van der Sterren was happy with the result: “Playing a draw is a perfect way to enjoy a chess game. If my opponent and I play a nice game and a draw is within reach, why should I not offer or accept a draw?”

The game between Zhaoqin Peng and Pia Cramling was balanced and the logical result was a draw. Peng was unhappy with 32. Qd3 because she missed the strong move 33…e5! but she could keep the balance. 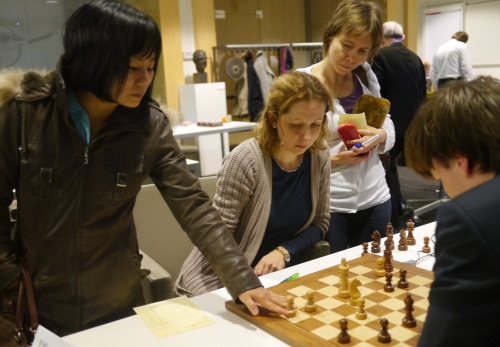 Robin van Kampen celebrated his 17th birthday today and seemed to have very good position against Monika Socko, but he could not find a way to win. “Well, I never play very well on my birthday”, the youngest Dutch grandmaster smiled.

Tournament director Monique van de Griendt had a small present for Van Kampen: am Amsterdam travel guide. Robin was happy with the gift: “This is great, I always get lost in Amsterdam”. 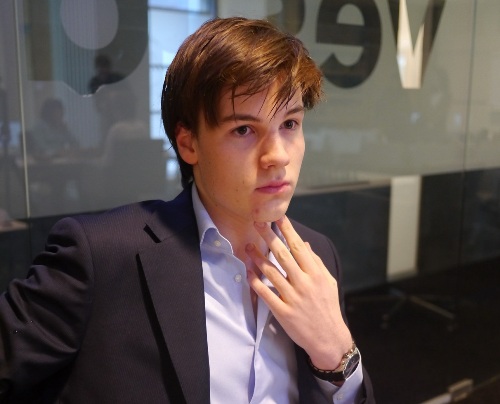 On Tuesday, we hopefully will see four games, if Stuart Conquest makes it to Amsterdam. The second round starts at 13.00. You can follow the games live on the official website: www.euwetoernooi.nl. In the evening, at 20.00 GM Hans Ree wil hold a lecture (in Dutch)about Max Euwe.

Some short information about the playing venue: The Openbare Bibliotheek Amsterdam (Public Library Amsterdam) is a collective name for all public libraries in Amsterdam. The largest of these libraries, the Centrale Bibliotheek, moved to the Prinsengracht in 1977 and 30 years later, on 7 July 2007 (070707), to the Oosterdokseiland just east of Amsterdam Centraal station.

It is the largest public library in Europe. The complex has a floor surface of 28,500 m2, spread out over 10 floors, 1200 seats, of which 600 with Internet-connected computers. The building was designed by Jo Coenen, the former state architect.