On Wednesday, we finally saw four games in one room! No more sick or missing players in Euwe Tournament today. Even Robin van Kampen, who said that he often gets lost in the Dutch capital, obviously used his new city guide and arrived on time. It was a good day to play with the white pieces today, because all games ended in convincing wins for white: 4-0.

Van Kampen, who had played with the black pieces in the first two rounds and came close to winning against Conquest and Socko, was eager to win his first game with white against Arakhamia-Grant. She chose a solid Philidor opening, but the strange rook manoeuvre Re8-e5-g5 gave white a pleasant game. Van Kampen won a pawn and converted his advantage convincingly in his nice attacking style. He actually was the only man that won a game against a woman today, because in the other games the stronger sex showed their strength. 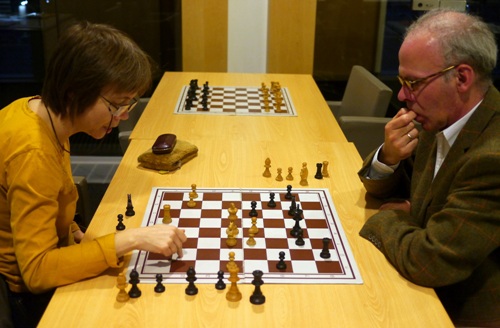 In the game Cramling-Van der Sterren, the position seemed to be quite dull after 16 moves, but like her compatriot Ulf Andersson, Pia Cramling likes these setups and carefully improved her position. Van der Sterren told us after the game that he had underestimated 31. Nc6+! Cramling won a pawn, snatched another one and Van der Sterren resigned.

Girl power in the game Peng-Olafsson as well: in a Kings Indian, both players played for a win, but the audience in the packed commentary room was a bit disappointed when Olafsson offered a repetition of moves. Peng, however, decided to play on and had to calculate when to play the decisive break-through move c4-c5. After she finally found the right moment, on move 43, Olafsson had to resign only a few moves later. 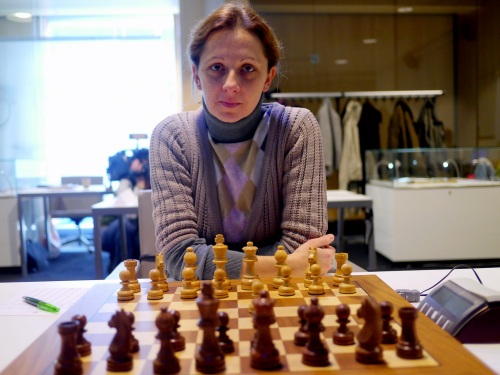 In the longest game of the day, Monika Socko had the upper hand against Stuart Conquest. Socko scored a fine 5,5/9 in the good team championship in Greece last week for her country Poland and seems to be in good form. In a long and complicated endgame she converted her advantage into a full point. Conquest told us that he played the Dutch opening, to honor the hosts. It is not always a good idea to be polite, obviously.

On the rest day, we will see the postponed games Conquest-Arakhamia from round 1 and Olafsson-Cramling from round 2. The games will start at 13.00. Unfortunately we will not be able to broadcast the games live due to technical limitations in the library. However, the games will be published on the website www.euwetoernooi.nl. 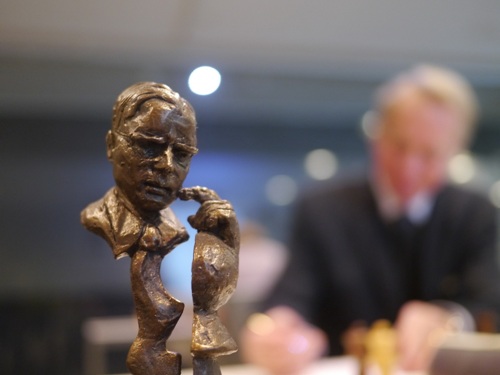 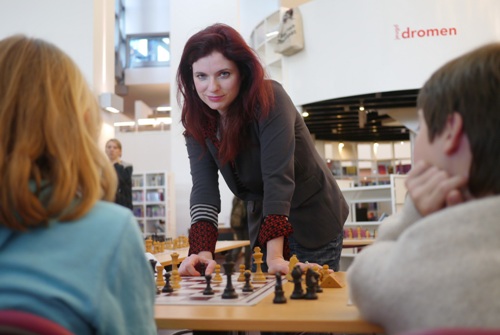 On the site you will find report, pictures and other information, e.g. pictures of the fun chess afternoon with Jennifer Shahade.