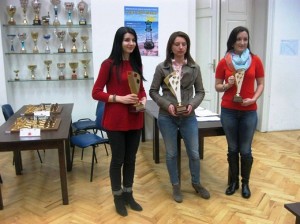 The 13th Flower of the Mediterranean Tournament took place on 9th – 14th March at the ”Šahovski dom Rijeka” in Rijeka, Croatia.

This open event for women was played simultaneously to the 2013 Croatian Women’s National Championship that was won by Borka Franciscovic.

Eduard Piacun and Bojan Birk were the arbiters in the event.