The last and final round was as exciting as many had hoped. It was a round with great fighting spirit, when only five games of the 26 top tables ended in a draw.

Tiger Hillarp Persson beat Mikhail Ulibin in a sharp battle. He was then up to 7 points, and everything would be settled on the first board. After 72 moves and over five hours of play, Evgeny Gleizerov got the same score as Tiger.

The tiebreak scores were very even, but Gleizerov had a little edge, and thus won the tournament victory. 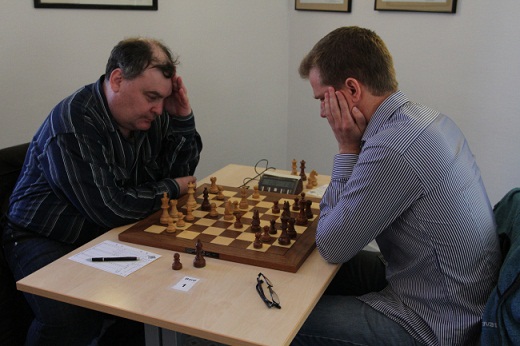 Gleizerov - Hillarp Persson on the seventh round