GM Evgeny Postny has 2632 in ELO and will surely be among the favorites to win the trophy.

It’s more than ten years since you last played in Rilton Cup. What do you remember from that tournament?

– My previous Rilton Cup was 2005/2006 edition. I was happy with my result, scored 7/9, shared first place (though was 4th on tie-break, if I remember correctly). Even though that I lost in the New Year’s Eve to GM Cicak, after the game I had the pleasure to meet a very nice man Jan Eyron. Most of the top players of the tournament spent the New Year’s Eve in his huge apartment in a friendly atmosphere. Sadly, Jan Eyron is not with us anymore. He died in 2012.

You played in Hasselbacken Chess Open this spring. What do you say about Stockholm and the tournament?

– I am not happy with my result in Hasselbacken Chess Open. I was close to the top, but eventually left out of the prize list. Perhaps, it is too harsh not to share prizes at all. To my mind Hort system is more balanced, when 50% of the prizes are shared and 50% according to the tie-break. But this, of course, adds more calculation work for the organizers :)

– Anyway, I enjoyed Stockholm a lot. There was a great weather in early May, which allowed me to explore the city a bit, even though during the tournament I am usually a professional grandmaster and not a tourist :)

– I especially liked the Djurgarden part, around the playing hall and the Gamla Stan with its narrow street and good Italian restaurant somewhere in it :)

Which tournaments await you before Rilton Cup?

– My schedule is very busy. Many tournaments are ahead this year, before Rilton Cup. A couple of events in Greece, an open tournament in the Netherlands, Chess Olympiad in Azerbaijan, as well as team competitions in Croatia and Germany. And this is still not the full list of my coming events! 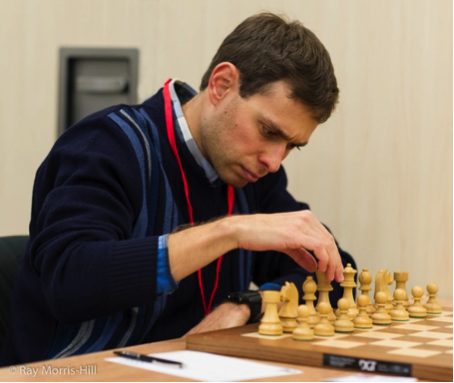 What is your goal in Rilton Cup?

– In every open I try to fight for top prizes, and Rilton Cup will not be an exception. Let’s say, I would be satisfied to score 7/9, as eleven years ago. In general, every performance, which is higher than my ELO rating I would consider as a positive result.

And finally: What is your best advice to a child who dreams of becoming a Grandmaster?

– Work, work, hard work! :) But, it is also very important to enjoy the game.