Our Moscow correspondent met with Berik Balgabaev, Executive Assistant to FIDE President, and took the opportunity to ask a couple of quick questions.

Q: Good day Mr Balgabaev, it’s been a few weeks since the Chess Olympiad and FIDE elections in Tromso. What are your impressions?

A: Well, the Chess Olympiad was quite good, despite some minor discrepancies, and of course we should mention the tragedy that happened on the last day, when two players Kurt Meier (SEY) and Alisher Anarkulov (UZB) passed away.

About election, what to say, the voting showed a strong and steady support for FIDE President and absolute lack of confidence in Garry Kasparov.

Q: How did you see campaigns of Kirsan Ilyumzhinov and Garry Kasparov?

A: You can judge the success of the campaign by the results – 110 against 61. As for campaign systems, I can only refer you to the scandalous Agreement between Ignatius Leong and Garry Kasparov which speaks for itself. 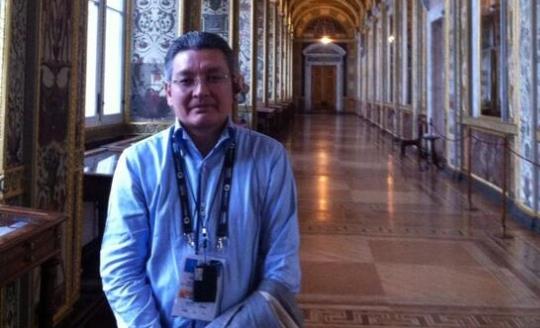 Q: There was a lot of talk about obstruction from certain members of the Chess Olympiad Organizing Committee. What actually happened?

A: I would not like “to open a Pandora box”, so I will only say that Mr. Morten Sand, one of the key members of the Tromso Organizing Committee, was an employee of Garry Kasparov, working for his campaign, and there is no doubt that he was trying his best to help the employer, even using the position in the Organizing Committee for this goal.

Q: After winning another term, FIDE President invited Garry Kasparov to work together for the future of chess and he also invited Rex Sinquefield to a meeting. Did you get any answer in return?

A: Correct. Kirsan Ilyumzhinov invited both Garry Kasparov and Rex Sinquefield, who is contributing a lot to American chess and was financing G.K. election campaign, to join him in promoting chess all over the world, mainly in the continent of Africa. So far no response has been received.

Q: After FIDE President agreed to extend the deadline for World Champion Magnus Carlsen to sign the WCC contract, a rumor appeared that Kasparov team is trying to persuade the Champion to play private matches outside FIDE. Do you have any information about this?

A: Yes, I have heard these rumors, and I hope they are only rumors. While I can understand that such an idea is coming from Garry Kasparov – he himself has done it twice in the past – I believe that Magnus Carlsen and his team are sensible and honest people and will not lend a hand to such a destructive move.

Let us remember what Garry Kasparov caused to the chess world with such moves, and actually won nothing for himself. So to conclude, I think that the lesson has been learned and that such an idea will remain rumor only.