From 16 to 19 April 2015 a FIDE Arbiters’ Seminar was organized in Al Khobar (Eastern Region), Saudi Arabia, by the Saudi Chess Association and under auspices of FIDE.

The venue of the Seminar was the Tulip Inn Hotel in Al Khobar.

The lectures were in English language with Arabic translation. 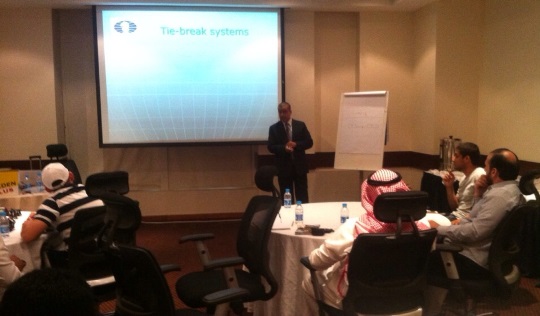 The following succeeded in the test and according to the article 3.10 of the regulations for the titles of Arbiters they will be awarded a norm or the title of the FIDE Arbiter, after the approval of the next FIDE Presidential Board/Congress: