From 15 to 21 November 2015 a FIDE Arbiters’ Seminar was organized in Reykjavik, Iceland, by the Icelandic Chess Federation, in cooperation with the FIDE Arbiters’ Commission and under auspices of FIDE. The Seminar was held parallel to the 2015 European Teams Chess Championships.

The venue of the Seminar was the Laugardalshöllin Indoor Hall, in Reykjavik.

9 (nine) people from Iceland, Sweden, Norway and Netherlands participated in the Seminar. 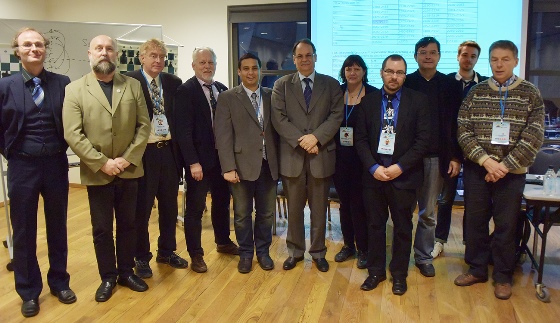 Eight (8) of them participated in the examination test, held after the end of the lectures and the following succeeded in the test and will be awarded a norm for the title of the FIDE Arbiter, after the approval of the next FIDE Presidential Board: