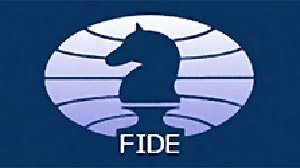 Objective: It is important to promote a good and positive image of chess. Attire worn during all phases of the championships and events should be in good taste and appropriate to such a prestigious chess event.

1. Events regulated by the Dress Code

1.e. Continental events are regulated by each continent

1.f. In regard of this Dress Code, other tournaments sanctioned by the FIDE rules and ratings are under the regulations of Nationals Federations.

1.g. Exception can be made on the basis of health and religion.

2. Who are affected by the Code of Dress?

2.a. Players participating in the events, captains, Head of Delegations.
2.b. Tournament Organizer and Staff. This includes arbiters, and other people working at the event.
2.c. FIDE officials and representatives attending the event.

3. Dress Code for players during games in progress

3.a. The following is acceptable for men players, captains, head of delegation.

3.b. The following is NOT acceptable for men players, captains, head of delegation

3.c. The following is acceptable for women players

3.d. The following is NOT acceptable for women players

Business casual (European standards), which means long trousers or pants, shirt, jacket, with or without tie (no t-shirts, no polo, no jeans, no sports shoes or sneakers or slippers, no hats or caps (except for religious reasons) and the equivalent style of dress for women players.

5. Dress Code for arbiters, organizers, FIDE official and representatives at FIDE events including Presidential Board meetings, Executive Meetings and Congresses

Business casual (European standards), which means long trousers or pants, shirt, jacket, with or without tie (no t-shirts, no polo, no jeans, no sports shoes or sneakers or slippers, no hats or caps (except for religious reasons) and the equivalent style of dress for women.

The dress code will be enforced at all FIDE events. The following are the people in the position to enforce the dress code:
Chief Arbiter or Tournament Director
Event Organizer
Organizing Committee
Members of the Presidential Board attending the event

There is no dress code at any function that is away from the playing hall, provided that the host facility for that function does not have a dress code.