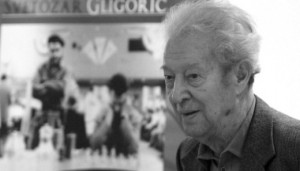 The FIDE General Assembly has accepted the proposal of the Serbian Chess Federation to establish the award for fair-play which would be named after the legendary Grandmaster Svetozar Gligoric, who recently passed away.

The proposal was initially accepted by the Congress Commission, headed by Boris Kutin, FIDE Vice President and long-time ECU President.

The delegates of Congress have tasked the Commission to draft the Regulations which would set the criteria for issuing the award.

As the proposal of the SCF stated: “Grandmaster Svetozar Gligoric got the fine reputation not only for his results and successes, but even more because of his fair-play manners towards his opponents. He highly respected his chess rivals. Therefore, he never looked at the chess game only through the eyes of a simple result. His approach was almost philosophical, because of his main principle – I am not playing against a man, but against chess pieces.”