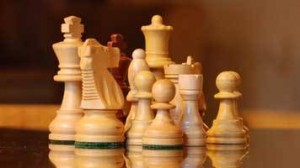 International Chess Federation FIDE announced the FIDE Grand Swiss 2021 to be held from 25th October – 8th November in Isle of the Man.

The event will be limited to 164 participants, with 114 players in Open section and 50 players in Women section.

Top 100 from the FIDE rating list, together with nine FIDE nominees and five wildcards by the organisers will compete in the Open section for a total prize fund of 425.000$, while top 40 women players from the FIDE rating list altogether with seven FIDE nominees and three wildcards will compete in Women section for a prize fund of 125.000$.

The event will be qualification tournament for the next FIDE Candidates, securing two spots for the best ranked players of open section and one spot for the winner of women section.

FIDE was criticized for the lack of transparency by allowing only 15 days of bidding period, as if the host was already decided in advance. FIDE announcement can be found here.