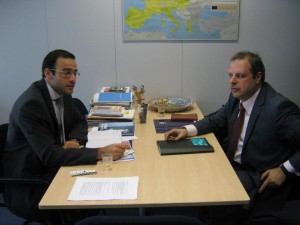 Secretary of the FIDE EVE Commission, ECU Board Member Theodoros Tsorbatzoglou visited Brussels from 15 to 17 of October for a series of meetings and conferences.

As FIDE EVE Commission has announced, among its plans is to create a constant info center for all chess federations, clubs, and chess organizations regarding EU funding programs and actions.

The first step is to build a network bridge between the Commission and the chess world. In the meeting were presented, discussed and analyzed the following items:


At the meeting were discussed the two new proposals from EU Commission:

Both proposals and budgets are now under discussion in the Council of EU Ministers and the European Parliament.

The proposed budget for sports is €34 million a year on average between 2014 and 2020. Support will be given to transnational projects aimed at boosting the exchange of know-how and good practices, non-commercial European sport events of major importance, and work to strengthen the evidence base for policy-making in sport.

For any of those funding programs of the European Union an open call of interest or bids is published.

All the projects and studies, including the ones in the field of chess, are open to eligible organizations and need multinational partnership.

Mr. Tsorbatzoglou, what was the purpose of the meetings in Brussels?

The meeting in EU Commission had the purpose of networking with Sports directions and Key officers. We will be ready soon to create an info center for chess organizations.

Was there connection between the meetings and the declaration adopted by the MEPs and ECU earlier this year?

The declaration in European Parliament with the important help of Garry Kasparov and many federations is applying mostly to National Ministries and Parliaments to adopt chess in school programs. EU Commission is not involved in National Educational programs and can not fund ad-hoc projects.

My meetings were mostly related with EU Sports policy and actions. But I informed the Commission also about our progress in chess in school programs.

Are only national federations or all chess organizations (clubs, tournaments) open for the programs of EU?

The EU programs are competitive and open to all eligible organizations. There are open also for countries which are not EU members. An open call of interest is necessary for any European program.

Especially for the period 2014 and 2020 the EU Commission has an ambitious plan for sports proposing a 34m budget annually. These proposals and budgets are now in discussion in European Parliament and European Council for approval.

What are the next steps in the process?

With EU we will create a constant bridge of communication and through professional work and specialized people we will create a new funding source for chess activities which are eligible for EU actions and targets.

As FIDE EVE commission we have other important plans also. Right now we are in contacts with major fashion companies in Italy. I will reveal more details in the near future. 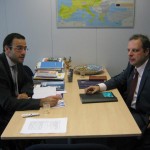 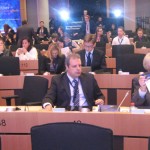 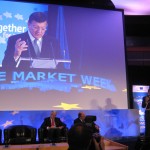 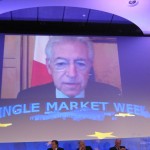 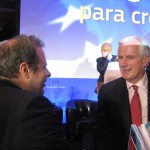 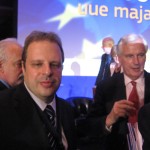 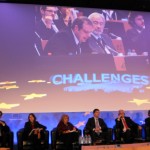 Earlier the same week Theodoros Tsorbatzoglou participated in the 20th anniversary of the European Single Market conference that took place on Monday 15th October in European Parliament in Brussels.

Around 300 European citizens were invited after an application and examination of each background, education, working and social activities.

Theodoros Tsorbatzoglou was among the invited guests and had the opportunity to meet several Commissioners MEPs, officers, and important representatives from the business and academic sector.

Mr. Tsorbatzoglou also took part actively in the happening with a brief speech in the meeting. See the photo gallery from Brussels above.