The President thanked the leadership of the Republic of Kalmykia, municipality of Elista, City Chess and the FIDE Elista Office for the excellent organisation of the PB meeting. He advised the PB that an agreement had been made with CNC and therefore he had signed the Agreement between FIDE and AGON.

He was very pleased to announce that cooperation between FIDE and AGON was very close as can be seen that for the first time, FIDE can announce a calendar for the whole World Championship Cycle. 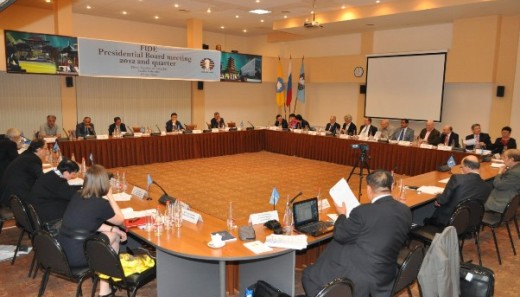 The PB noted the sad death of Mikko Markkula and sends condolences to his family. He will be much missed and hard to replace.

The PB were presented with the draft amended Statutes and Electoral Regulations by Mr Jarrett. It was agreed that these drafts would be sent to all Federations for their input.

FIDE noted the ACP appointees to be observers to the various Commissions.

The PB congratulated Hou Yifan on being the winner of the 2011 Caissa Award for Women’s Chess.

The PB received a report from Mr Makropoulos on the FIDE World Championship Match in Moscow in May 2011 and Mr Paulson confirmed that the FIDE Candidates Tournament would be held in London in March 2013. 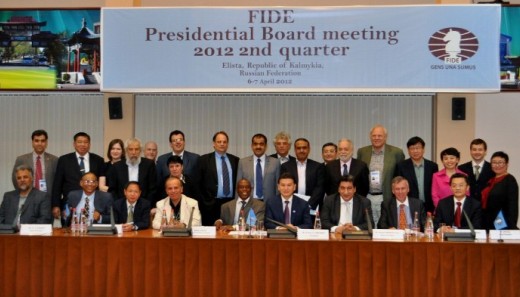 It was agreed that the Women’s World Rapid and Blitz Championships would be organised in Batumi, Georgia by the ACP.

It was confirmed that the 40th Olympiad will be held in Istanbul, Turkey from 27th August to 10th September 2012.