The 2016 1st Quarter PB was held under the auspices of the Russian Chess Federation in the historical Metropol Hotel in Moscow.

The meeting was opened by Vitaly Mutko, the Russian Minister of Sport, who welcomed the PB members and reminded them that they were meeting in the Metropol Hotel, the site of the famous 1925 Moscow Tournament. He stressed how chess was very important to Russians and that the Russian Government was very happy that both the Candidates Tournament and the PB were being held in Moscow. 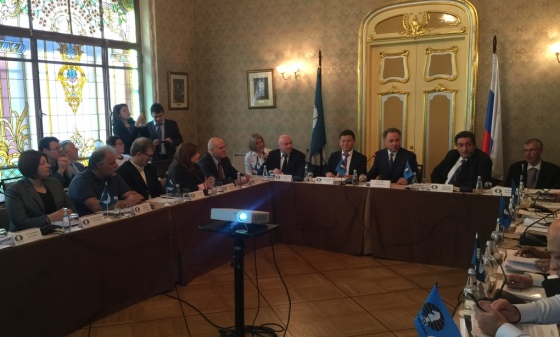 FIDE President, Kirsan Ilyumzhinov advised the PB of the progress of his appeal against the US Department of Treasury Sanctions.

The PB received a proposal from Khanty-Mansiysk to hold a 2016 Women’s Grand Prix, the 2018 Women’s World Championship, the 2019 World Cup and the 2020 Olympiad. This was welcomed by the PB and was approved dependent upon no other bid being received prior to the closing of the Bidding Process. As no other bid has been received in time, the Khanty-Mansiysk proposal has been approved, pending ratification by the GA in Baku.

The World Youth U16 Olympiad 2017 was awarded to India.

A new event, the World Youth Championship for the Disabled was awarded to Chess Educators and Bay Chess for three years.

South Sudan was approved as a provisional member of FIDE, full membership pending approval by the GA in Baku.

All the titles recommended by Commissions were approved.

The Board members thanked the Russian Chess Federation for their hospitality.