Last Thursday 16 February, FIDE completed the negotiations with CNC and AGON and proceeded to sign respective agreements with both companies. The agreement with Agon and CNC states that Agon will take care of the sponsorship and financial part of the tournaments, while CNC retains the media rights:

CNC keeps mainly the media, web and software rights of events included in the World Championship Cycle such as the FIDE Grand-Prix, the Candidates Tournament and the World Championship Match.
FIDE and CNC also agreed in co-operating to create chess projects based on the web and the organising of mass chess events.
AGON at the same time undertakes to organise the above events of the FIDE World Championship Cycle and secure the necessary sponsorship funds. The total obligations which AGON accepted are worth over 9 million euros and has provided FIDE with a series of financial guarantees.
In the following ten days FIDE and AGON will announce their proposal for a calendar which will include the schedule of the World Chess Championship events and the Chess Olympiad for the next 4 years.

In an interview for Sport Express the FIDE President Kirsan Ilyumzhinov revealed more details about the agreement. He expects for the next cycle FIDE to receive 10-12 million eur, retaining the 20% share of the prize fund and a percentage of the profits Agon is going to make in the next months.
Ilyumzhinov announced that in the deal is also the return of the Grand Prix tournaments, with Chelyabinsk Grand Prix and Tashkent Grand Prix to be held in the second part of 2012. 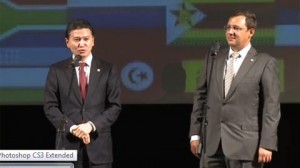