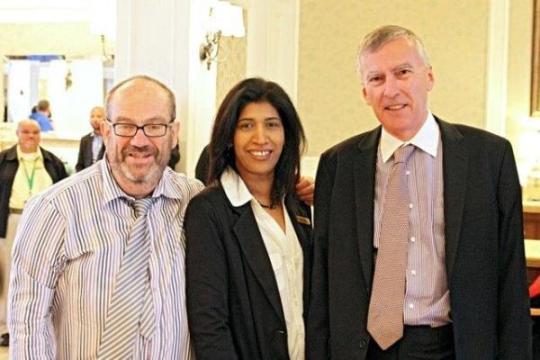 The highlight was a visit from the South African President, Jacob Zuma, and he spent most of the last day there. He played a serious (25 minutes or so) game with the youngest participant, Keagan Rowe, aged 5, which was the front page picture in most of the South African newspapers the next day.

In his address at the closing ceremony, President Jacob Zuma strongly supported the inclusion of chess in schools:

We also share a common sentiment with the Department of Basic Education to encourage chess as a serious sport in the schools.

It prompts latent skills on the children, patience, quick wit, decisiveness and confidence arising from competition with counterparts, including those from outside the country.

It therefore promotes cross-cultural communication, which is vital in enhancing social coherence even among the children at this crucial young age.

Chess exercises the children’s minds, it is a healthy diversion from the often toxic television programmes which feature crime, violence and nudity, and reinforces cultures alien to the needs of the children.

We also intend chess to be used as an educational tool, to enhance logic and lateral thinking for mathematics and sciences, which many people find difficult.

While with young children, we are largely concerned about good development of sensory-motor skills, we are also saying that wee must stimulate the intellectual faculties as well, while they are still young, so that they do well in the future.

We will therefore greatly appreciate if the efforts to develop chess in this country and in the continent advance at a higher speed, so that our children start to rank among the best in the world. 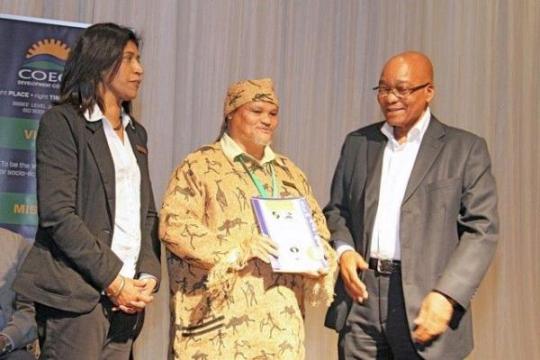 South African President, Jacob Zuma and CHESSA President, Emelia Ellappen present a certificate to the leader of the Khoi Tribe 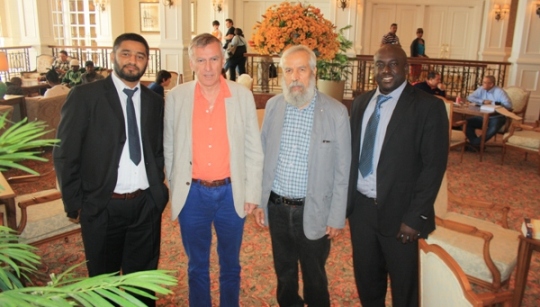 Following their trip to South Africa, Messrs Freeman, Mazouz, Sitale and Jones made the first ever FIDE visit to Swaziland bearing the 100 sets and boards and 30 clocks that FIDE donates to new member Federations.

They held meetings with Arnold Dlamini, the Mayor of Mbabane and with the National Sports Council and the Ministry of Education, as well as Prince Masitsela, eldest son of late King Sobheza and Administrator of Manzini region. 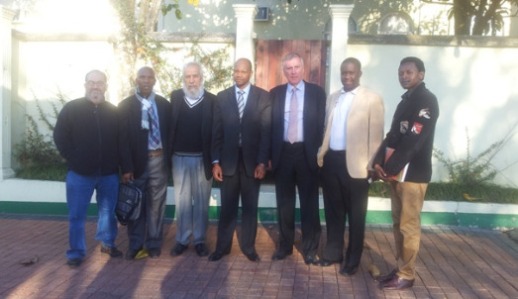 The trip was rounded off by a visit to St Michael’s School, Manzini, where FIDE Treasurer and Executive Director Nigel Freeman planted a tree and the FIDE delegation were entertained by a poem from some of the students and another poem recited by the pre-school. This was followed by a live chess game. 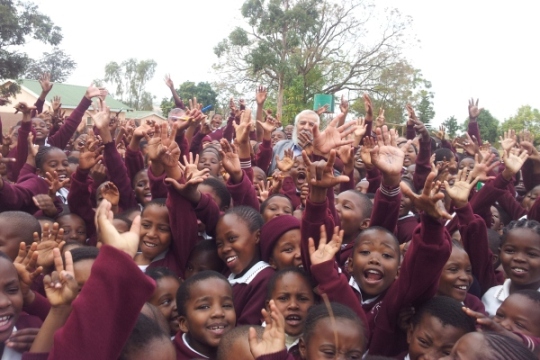 At the St Michael’s School in Manzini

After Swaziland, the FIDE delegation traveled to Namibia where they met with Director of Sport for the Ministry of Youth, National Service, Sport and Culture, Dr Vetumbuavi Veli, who is also the Chairperson for SCSA (Supreme Council for Sport in Africa) Zone VI.

Dr. Veli said that he would support the inclusion of chess in the forthcoming African Junior games and pledged his support for chess in Namibia. 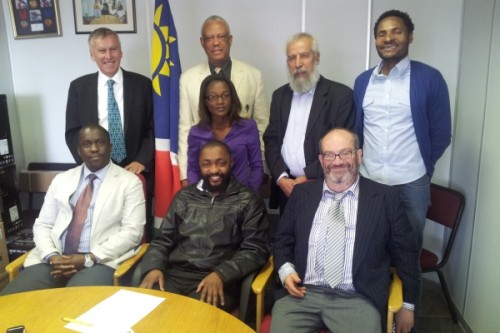 The delegation also met with the Schools Sports Union, who confirmed their assistance for chess and in particular with the transport of players and coaches to tournaments within the region. They then attended the prize giving for the first team tournament in Windhoek, which had been very successful. 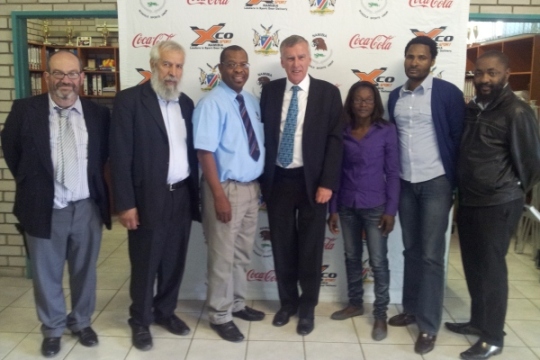 When they returned to Johannesburg the FIDE delegation met with the Angolan and Mozambiquan Chess Federations and discussed the situation within both countries and their future participation in FIDE regional events. 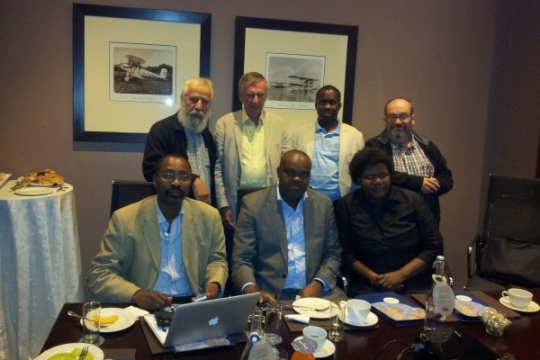