There were two decisive games and four draws in the fifth round of the FIDE Women’s Grand Prix in Sharjah, UAE.

The sole leader after four rounds, Ju Wenjun, was the first one to finish the game. Her opponent Batchimeg Tuvshintugs decided not to tempt the luck today and the players repeated the moves in the middle game. 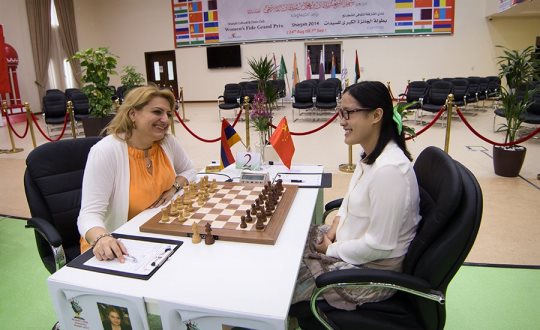 Indian derby between Humpy Koneru and Harika Dronavalli as well as the game Ushenina-Muminova finished in a draw.

Alina L’Ami and Zhu Chen split a point and thus both players have stopped the unfortunate series of losses.

After 5 rounds Chinese Ju Wenjun and Hou Yifan are leading with 4 points. Three players Batchimeg Tuvshintugs. Anna Ushenina and Harika Dronavalli share the third place with 3, 5 points out of 5. 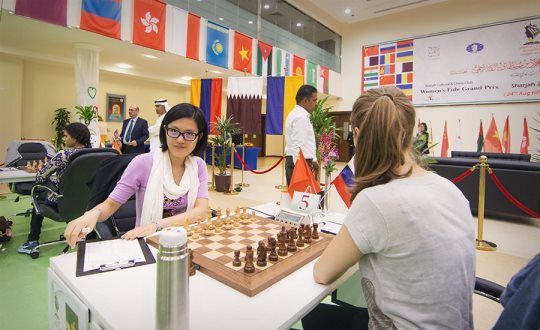 The distance between the players who fight for the victory in Grand Prix Series, Hou Yifan and Humpy Koneru, increased to two points.

After the end of the game Rajai N Alsusi, General Manager of Sharjah Cultural and Chess Club, presented flowers and cake to former world champion Anna Ushenina, who turned 29 today. 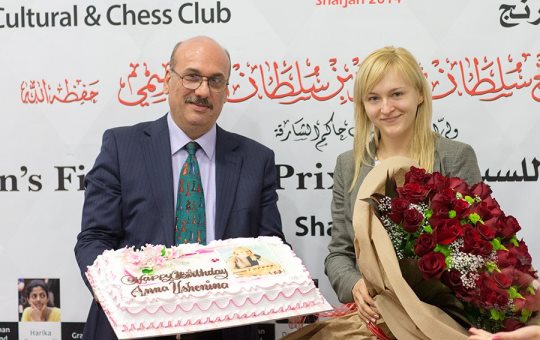 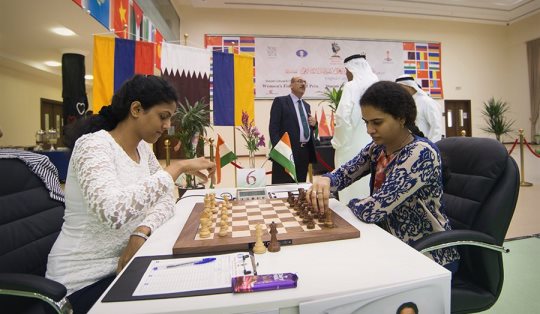 Photos by Maria Emelianova, courtesy of the official website