The return games of the first round of the FIDE Women’s World Championship were played at the CS Galactica (Sochi, Krasnaya Polyana) on March 18. 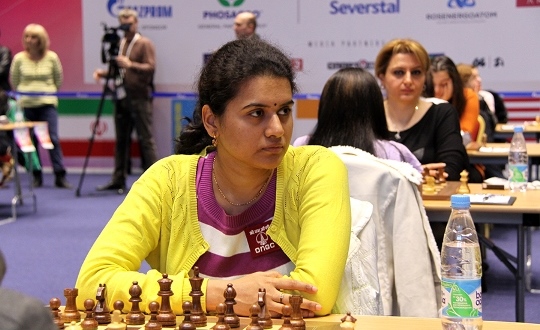 The Ukrainian Mariya Muzychuk managed to equalize the score after her first round loss to Yuan Yuanling (Canada). Also Sopiko Guramishvili from Georgia defeated her compatriot Lela Javakhishvili and tied the score 1-1. 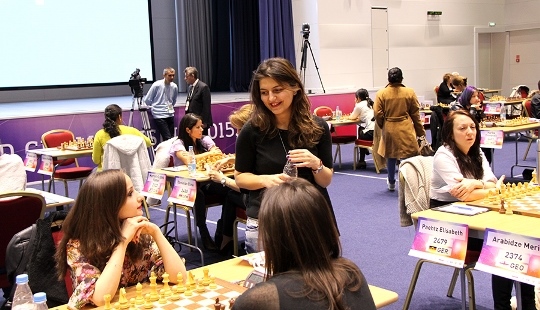 The biggest upset of the day brought Marisa Zuriel (Argentina), who defeated Zhao Xue (China). All these players will determine the winner of their match on the tie-break.

The experienced Elina Danielian (Armenia) sensationally lost to Yanet Marrero Lopez (Cuba) and is eliminated from the championship. The ex-European champion Natalia Zhukova (Ukraine) lost as White to her friend and compatriot Inna Gaponenko, and is also eliminated. 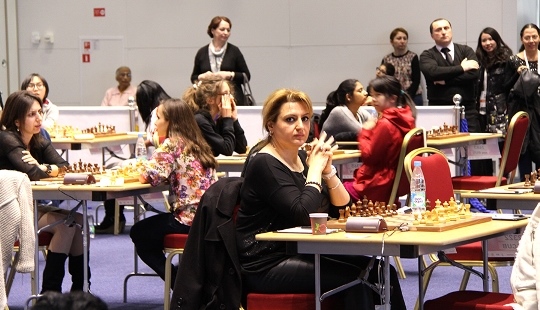 Hoang Thanh Trang (Hungary) did not manage to equalize the match score against Ketevan Arakhamia-Grant (Scotland) and will also have to leave Sochi. 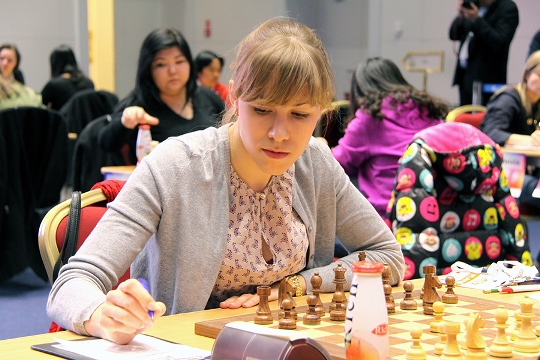 The fate of 11 matches that ended in a draw will be determined on the next day, March 19, on the tie-break. 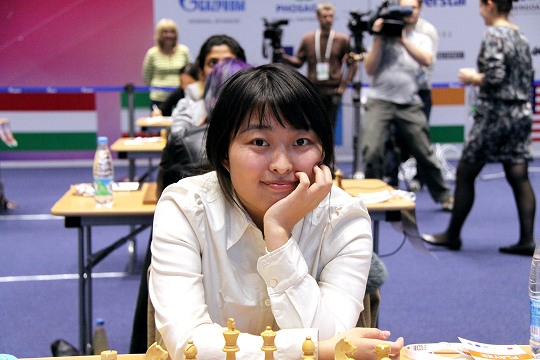 Online broadcasting of the games with video is available in two languages (Russian and English) on the official site of the championship (http://sochi2015.fide.com) and the Russian Chess Federation website (http://ruchess.ru/). 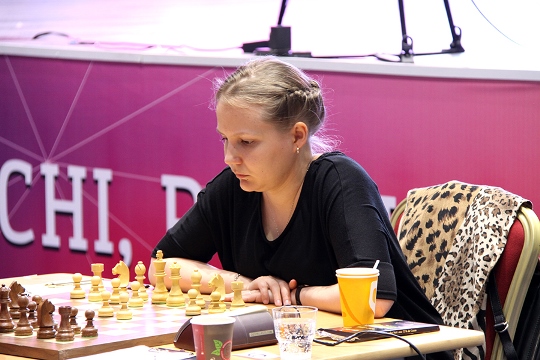 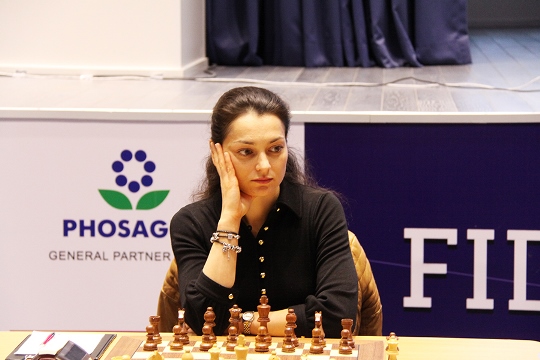 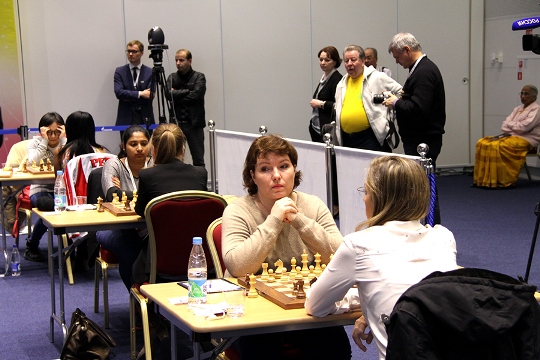