The 3rd round of the FIDE Women’s World Chess Championship was played in the SCC Galactica on March 23. Only 16 out of 64 participants are remaining in contention for the title.

This was a disastrous day for the four Russian players still competing in Sochi.

Alisa Galliamova played Black against the top seed player of the championship Humpy Koneru. After the opening Galliamova started playing very aggressively – she left her king in the center and launched a kingside pawn attack. Koneru replied with a pawn sacrifice, fighting for the initiative. Black did not dare to accept it; soon her attack evaporated, and she was unable to hide the king or connect rooks. Eventually Galliamova was forced to transpose to a very difficult ending. White rooks invaded the 7th rank, and Humpy Koneru prevailed. 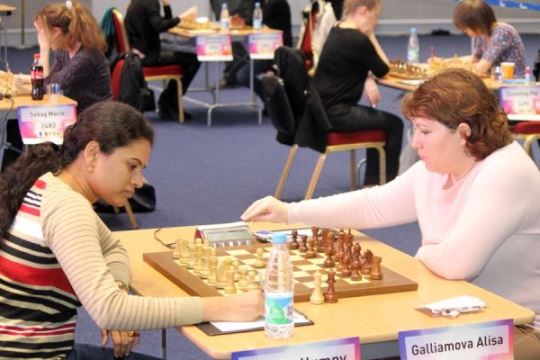 Alexandra Kosteniuk played White with another Indian Harika Dronavalli. The early stages of the game were quite favorable for the Russian, as she had Black on the ropes for a long time not allowing any counterplay. The tables began to turn when Kosteniuk allowed her opponent to create a passed pawn on a3. The pawn looked doomed, however, following a serious blunder of White, it turned to a powerhouse. In order to neutralize the pawn, Kosteniuk gave up all her kingside pawns, and the rest was only matter of technique for Dronavalli. 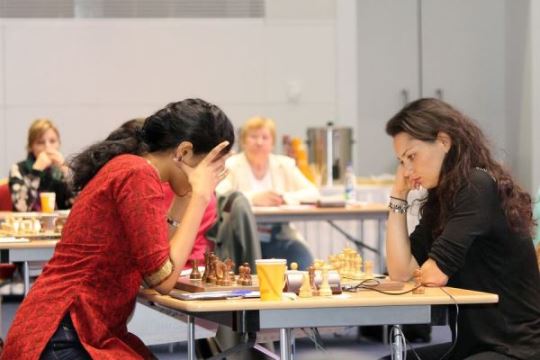 Valentina Gunina handled her opening against Pia Cramling very poorly, and already by the move 15 her position was very bad. Gunina’s attempt to complicate the game by sacrificing an exchange failed, as Cramling avoided the traps and won easily. 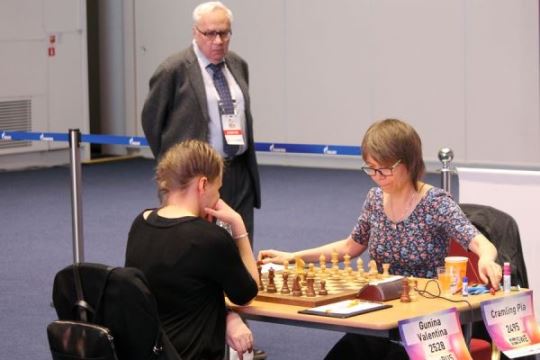 Natalia Pogonina also did not solve the opening problems and was forced to defend a difficult position against Marie Sebag. The French could deliver a decisive tactical blow at some point, but missed the opportunity and lost almost all her advantage. After five hours of play a theoretically drawn rook endgame arose, but Pogonina blundered horribly, and Sebag managed to obtain a victory. 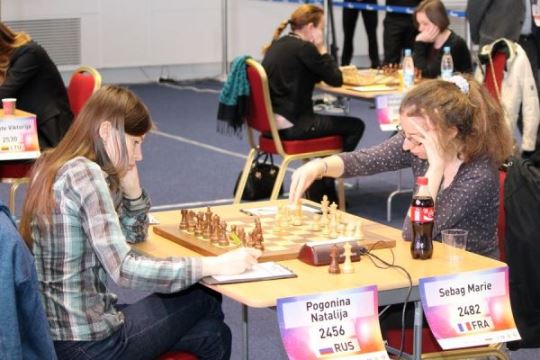 The last remaining representative of China Zhao Xue outplayed Bela Khotenashvili in only a slightly better position. The Georgian player apparently did not regain energy following a nerve-wrecking tie-break. 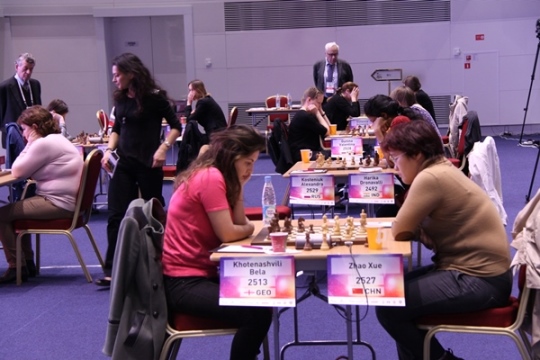 The ex-World Champion Antoaneta Stefanova missed a nice tactics by Mariya Muzychuk in the middlegame. The Ukrainian seized the initiative and converted her advantage in a lengthy ending. 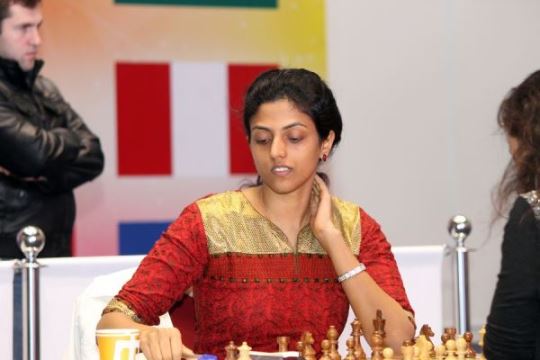 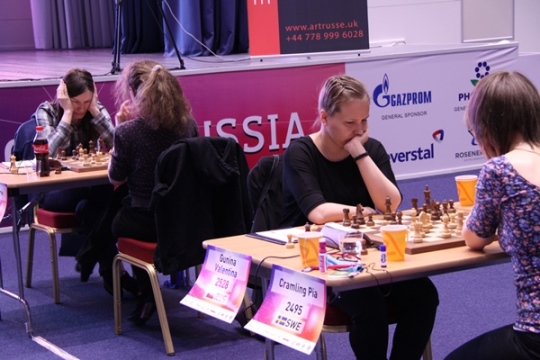 The return games are played tomorrow. All games start at 3 pm Moscow time.