The return games of the third round matches of the FIDE Women’s World Chess Championship were played in SCC Galactica (Sochi, Krasnaya Polyana).

Anna Muzychuk (Ukraine) became the first Quarterfinalist by beating Lela Javakhishvili (Georgia) as Black. Today the Georgian misplayed early in the middlegame, initiating an exchange of queens in highly unfavorable circumstances. She almost immediately lost a pawn and then, shortly, an exchange. Anna Muzychuk converted her advantage easily and won the match. 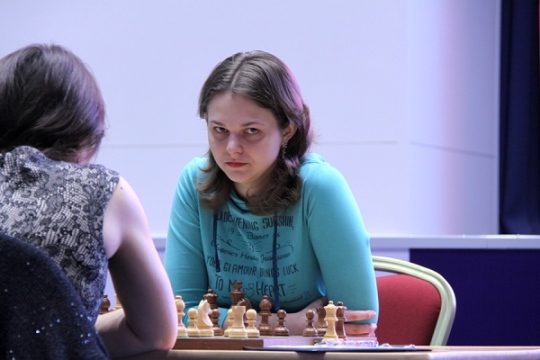 Her younger sister Mariya Muzychuk also advanced to the next round. Playing Black, she defeated the ex-World Champion Antoaneta Stefanova (Bulgaria) in the first game, and today was able to hold a draw from the position of strength.

Zhao Xue (China) also won her match 1.5-0.5. Her opponent Bela Khotenashvili (Georgia) needed to win in order to remain in contention, but was very close to losing the second game and only made a lucky draw in the very end. 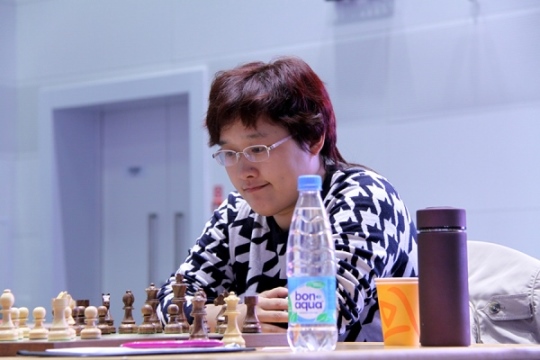 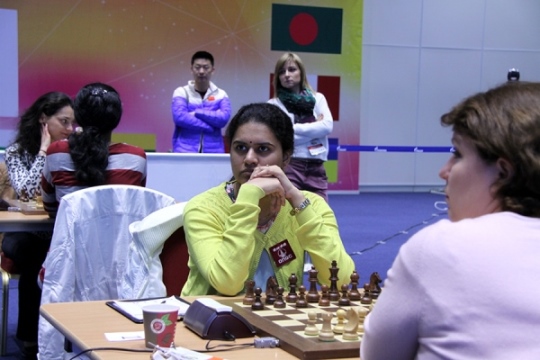 Alexandra Kosteniuk (Russia), playing Black, managed to come back against Harika Dronavalli (India). Kosteniuk found an opening variation where White could not force mass simplification and safely make a draw. Slowly Black started to gain the initiative, and Dronavalli’s attempt to create complications was met with calm and accurate defense. Kosteniuk won two pawns, which was sufficient to win the game. Tomorrow the players will continue the match on the tie-break. 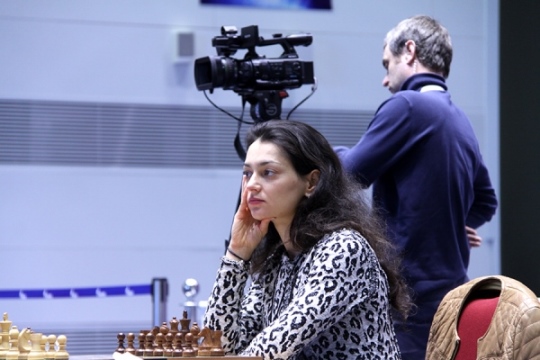 Natalia Pogonina (Russia) also succeeded in equalizing the score. She caught her opponent Marie Sebag (France) unprepared in the opening and quickly obtained a big positional advantage as well as an overwhelming advantage on the clock. Sebag defended stubbornly and even managed to simplify to a rook ending without a pawn. This time Pogonina showed an impeccable technique and secured a win. 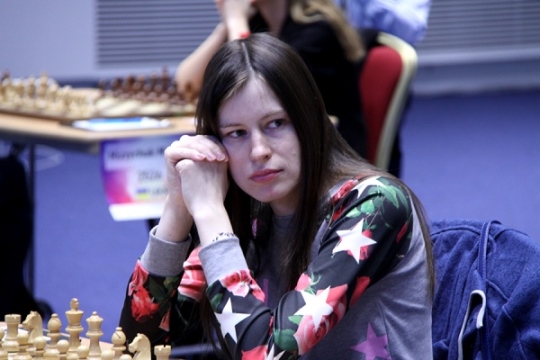 The Russian champion Valentina Gunina failed to come back after losing the first game to Pia Cramling (Sweden). Cramling, playing Black, was defending an inferior position patiently and with precision, despite the mutual time trouble. The game ended in a draw after more than 100 moves. 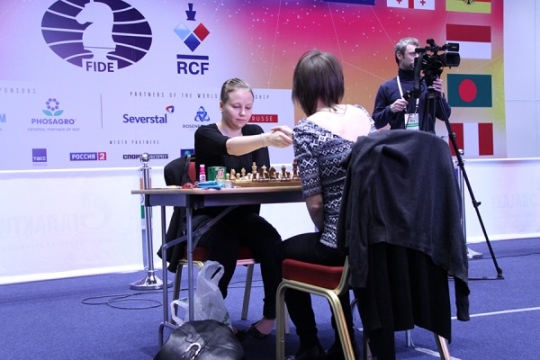 Victoria Cmilyte (Lithuania) kept trying to win a slightly better ending against Meri Arabidze (Georgia), but Arabidze defended with confidence, and their match will also continue on the tie-break.

On Wednesday, March 25 we will have three tie-breaks: Sebag-Pogonina, Cmilyte-Arabidze, and Dronavalli-Kosteniuk; the players listed first have White in the first game. 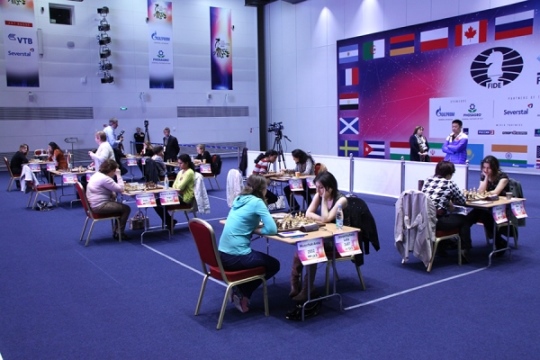 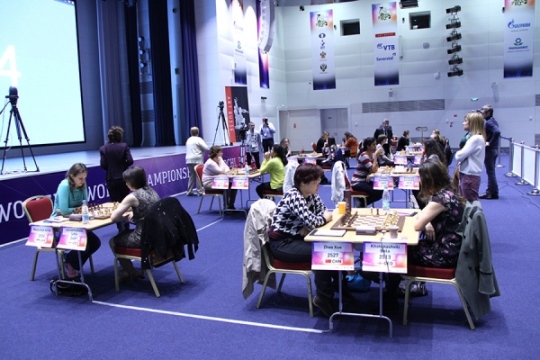