The tie-breaks of the third round of the FIDE Women’s World Chess Championship were played in Sochi on March 25. Six players returned to the SCC Galactica to find out who advances to the Quarterfinals.

In the first rapid game Marie Sebag (France) and Natalia Pogonina (Russia) repeated the line that occurred in the Carlsen-Anand World Championship match (Sochi 2014). Pogonina improved Anand’s play and got a comfortable position. Sebag continued playing aggressively, allowing the opponent to seize control of the d-file. Being under the time pressure, Sebag carelessly opened the center, and Pogonina’s counterattack decided the game. 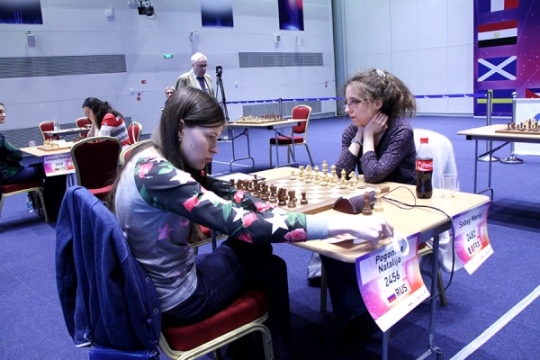 The return game was very erratic, but in the end luck was on Pogonina’s side, and Sebag overstepped the time limit in a lost position. 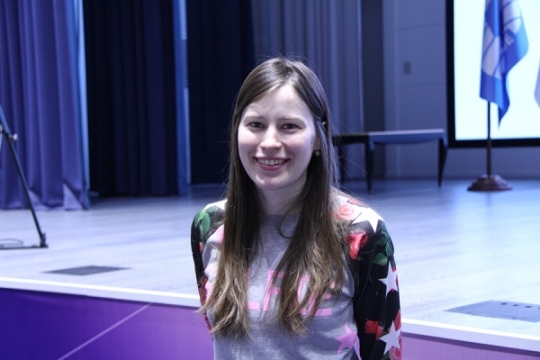 Harika Dronavalli (India) played a quiet opening against Alexandra Kosteniuk (Russia), aiming at the more complex middlegame. Black solved opening problems and got a good game, but then started to act indecisively and gave up the initiative. Nevertheless the position was close to equal until Kosteniuk blundered a pawn in a rook ending. Dronavalli did not miss her chance. 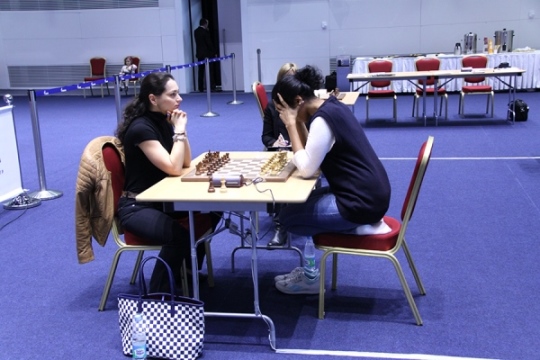 In the second game Harika equalized in the opening and even won a pawn. However, Alexandra managed to complicate things, and after the exchange of tactical shots Harika missed a strong resource of her opponent. Kosteniuk could obtain a big advantage in the rook ending, but chose a wrong move, and Dronavalli saved the game, thus advancing to the Quarterfinals. 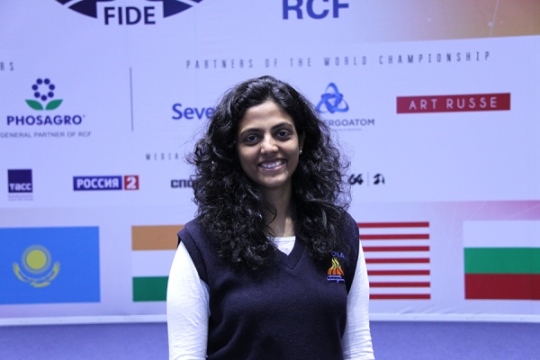 The young Georgian Meri Arabidze showed excellent endgame technique against Victoria Cmilyte (Lithuania). In the first game Cmilyte, playing White, misplaced her pawns, after which Arabidze broke through on the queenside and soon obtained a winning material advantage. 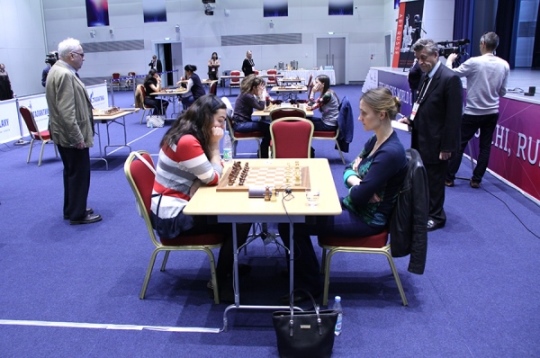 In the return game the Cmilyte created large-scale complications and won a pawn, however, Meri showed tenacity in defense and made a draw with perfect play, securing the match win. 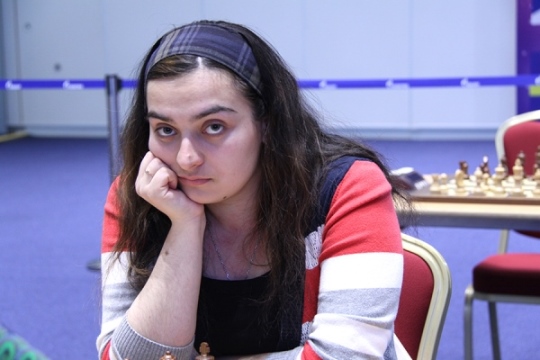 As usual, the championship participants will play two games with 90 minutes per 40 moves and 30 minutes for the rest of the game, with 30 seconds added after each move. If the score after two games remains equal, the match is continued on the tie-break.