Today’s games were extremely tense and all exceeded four hours. Natalia Pogonina finished her game first, winning on demand against Zhao Xue and extending the match to the tie-breaks.

Pogonina employed the Benko gambit, which brought her many victories in junior events. Zhao Xue responded with a very solid setup, keeping an extra pawn but giving up the initiative. On the move 23 the Chinese made a serious mistake, which was left unnoticed by her opponent. Nevertheless, Pogonina kept looking for chances and was rewarded – Zhao Xue got into the time trouble, made several mistakes in a row and had to resign. 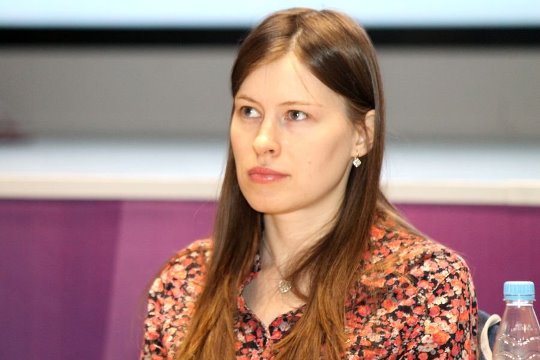 However, in the middlegame Koneru tricked the young opponent, exchanging two rooks for a queen and an important pawn. Utilizing vulnerability of the black king, Koneru slowly shattered Black’s defense and prevailed. 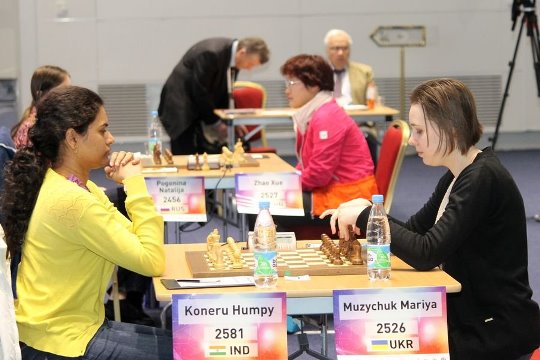 The most experienced remaining player Pia Cramling held an inferior position against Anna Muzychuk for the entire game. The Ukrainian got an opening advantage, then won a pawn, however, Cramling activated her pieces and transposed to a rook ending with good drawing chances.

Possibly Muzychuk could create more problems for the opponent, but in the actual game Cramling managed to break to the white pawns with her king, securing a draw. This match will also continue on the tie-break. 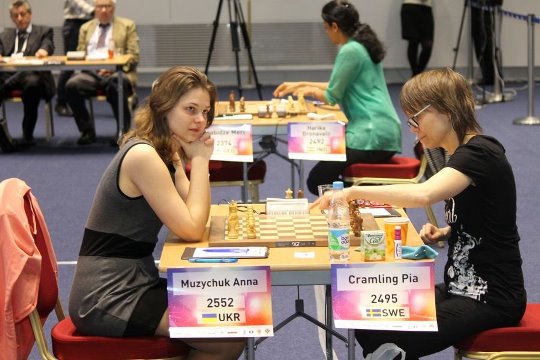 Only Harika Dronavalli advanced to the Semifinals today. Her game with Meri Arabidze proceeded to a quiet rook ending right after the opening. White’s minimal advantage slowly increased, although the position remained rather drawish.

However, after five hours of play Arabidze selected a wrong defensive plan in a theoretically drawn ending, and Harika finally broke Black’s resistance. 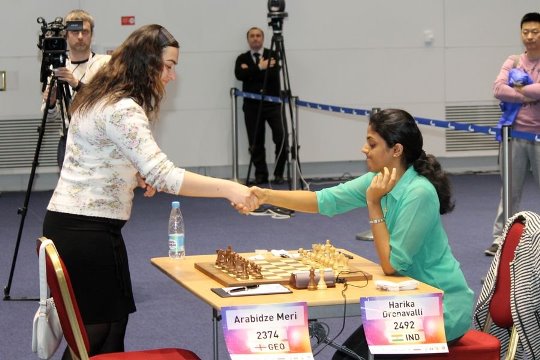