These matches consist of two games with the following time control: 90 minutes for 40 moves, then 30 minutes for the rest of the game, plus 30 bonus seconds after each move. If the match is tied 1-1, it is continued on the tie-break with quicker time controls. 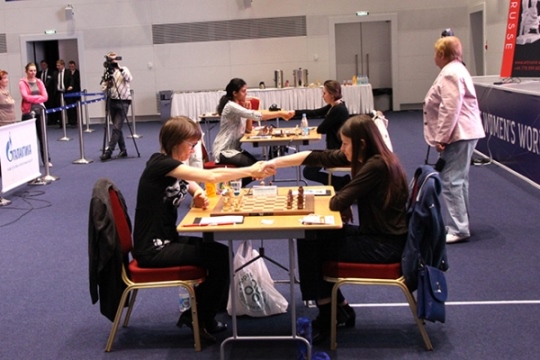 Mariya Muzychuk, playing White, selected the Scotch game, the opening she already employed in the previous round against another Indian player Humpy Koneru. Harika Dronavalli responded with a rare variation, and in a couple of moves the players started to explore an unknown territory. 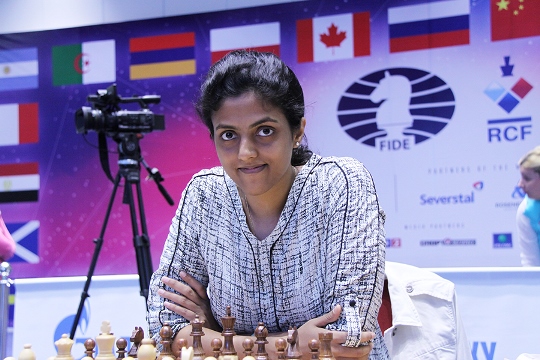 The queens were exchanged, and a complicated ending arose with White having a spatial advantage. In order to complete the development, Black had to trade her bishop for a knight. In an open position with passed pawns on both wings a bishop is generally stronger than a knight, and later White had a chance to obtain a more significant advantage.

Pia Cramling and Natalia Pogonina went for a popular line of the Queen’s Gambit Declined. White’s slight pressure did not evaporate even after most pieces were exchanged. Black’s position remained passive. Pogonina missed the best moment for trading minor pieces, and later had to do this trade under less favorable circumstances. 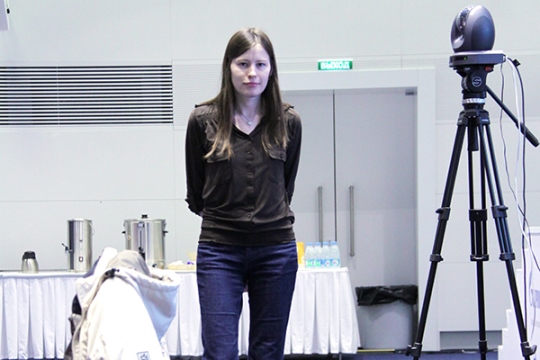 The return games are played on March 30 at 3 pm Moscow time: Dronavalli (India) had White against Muzychuk (Ukraine), and Pogonina (Russia) has White against Cramling (Sweden).