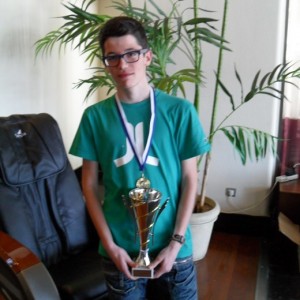 The FIDE World Amateur Chess Championship 2012 was held in the 5-star Porto Carras Grand Resort in Halkidiki, Northern Greece from 16 April (1st round) to 22 April (9th round).

Second place is for Akinci Muzaffer Ege (Turkey) who gets the Silver Medal and will be awarded a rating of 2100.
Johannesson Oliver (Iceland), Manelidis Savvas, Kafetzis Georgios (both Greece) and Reyes Rios Juan Camilo (Colombia) share the 3rd place with 7.0 points each. Johannesson is best on tie-breaks and takes the Bronze Medal and a rating of 2050.

Laura Perez from Colombia scored four consecutive victories in the final rounds to finish with a total of 6.5 points and win the title of the Women’s World Amateur Champion. She will be awarded the title of Woman FIDE Master and a rating of 2050.
Silver Medal is for Torill Skytte (Norway) and Bronze is for Olga Benavides Moncayo (Colombia)

All winners section by section here 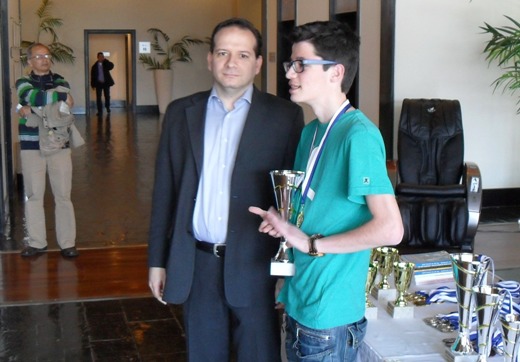 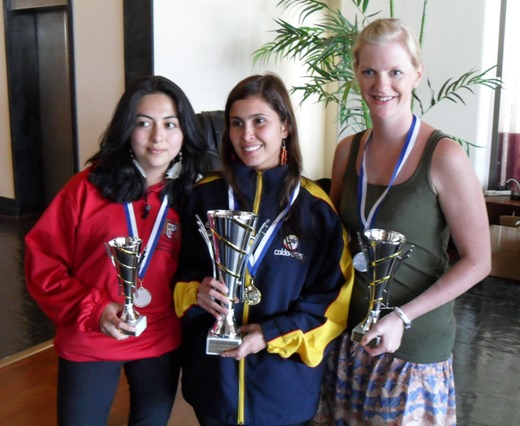 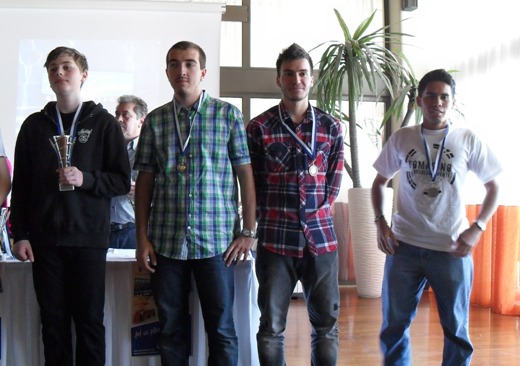 Places 3 to 6, with equal points

In the last round of the parallel Alexander the Great Open the top two boards were drawn and eventually four Grandmasters shared the first place with 6.5 points each – Kivanc Haznedaroglu from Turkey, Dejan Antic from Serbia, Athanasios Mastrovasilis from Greece and Petar Drenchev from Bulgaria.

Haznedaroglu, who held the sole lead until the 8th round loss to Antic, took the winner’s trophy on best tie-break, but the money prizes were split equally.

Antic has another great reason to celebrate as his student Haralambos Tsakiris won the FIDE World Amateur Chess Championship 2012.

IM Rasmus Skytte from Denmark won in the last round and emerged clear 5th with 6.0 points. 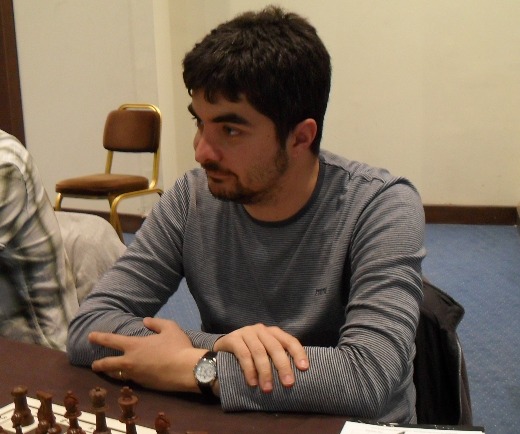