Round 1 of FIDE World Chess Team Championships was played on June 17 in Khanty-Mansiysk.

The first symbolic move in the starting round of the Women’s Team Championship was made on Alexandra Kosteniuk’s behalf by the Deputy Governor of Ugra Mr. Vsevolod Koltsov.

A similar “pawn face-off” in the game between Ian Nepomniachtchi and the Egyptian chess player Hesham Abdelrahman was jointly made by President of Ugra Chess Federation Vasily Filipenko and FIDE Vice-President Javier Ochoa. 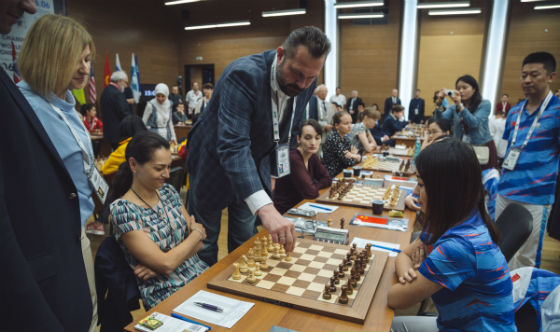 In the men’s tournament team Russia defeated Egypt 3.5 to 0.5. Scorers were Nikita Vitiugov, Maxim Matlakov and Vladimir Fedoseev; the game between Hesham and Nepomniachtchi was drawn.

Varuzhan Akobian’s victory on the third board helped team USA beat Norway 2.5 to 1.5. 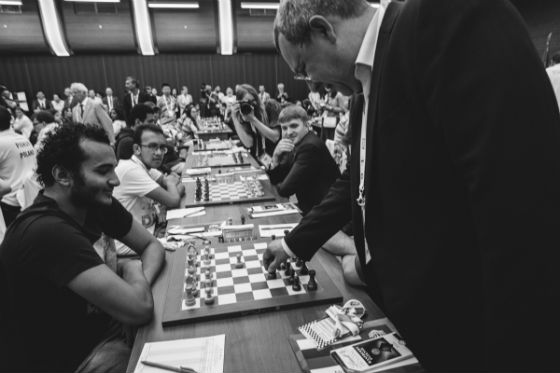 A surprise of the start was a tie in the match Turkey vs. Ukraine: all four games were drawn.

In the pivotal match of the women’s championship Russia beat China 3 to 1. Alexandra Kosteniuk, Kateryna Lagno and Valentina Gunina scored, and Olga Girya lost her game. 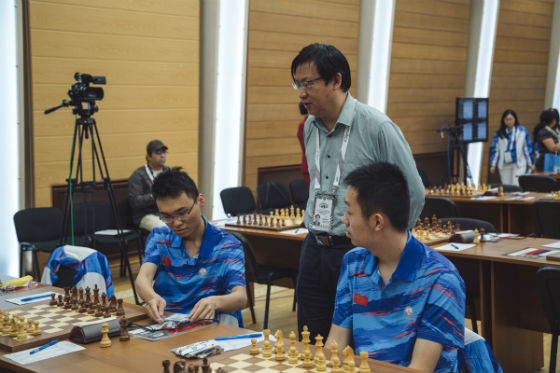 Team Ukraine defeated USA 2.5 to 1.5 (the winning point was supplied by Iulija Osmak on the 4th board).

Polish ladies won their match against Azerbaijan by a big score. The winners for Poland were Monika Socko, Klaudia Kulon and Joanna Majdan. 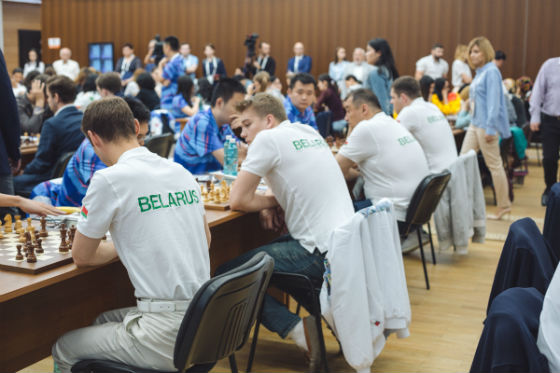 Round two pairings are: 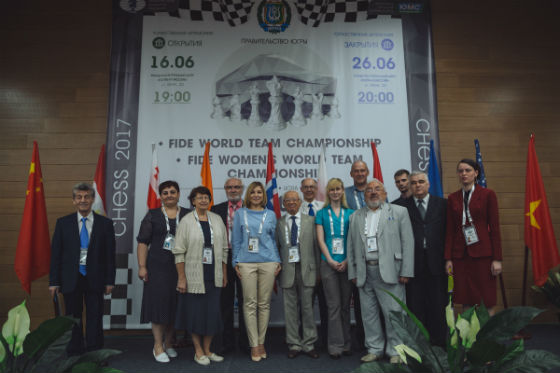