The World Team Chess Championship 2015 is organized by the Armenian Chess Federation under the auspices of FIDE, from 18-29th April in Tsakhkadzor, Armenia.

The tournament will be held at the Golden Palace Tsakhkadzor Hotel.

The championship will be held according to the Handbook and Laws of Chess of FIDE.
The championship will be played using a 9 round, round-robin system. Each team will play a match against all other teams. Colours and starting numbers will be drawn at the Opening Ceremony.
Time control for the event is 90 min/40 moves +30 min/end, with 30 seconds additional time per move, starting from move 1. 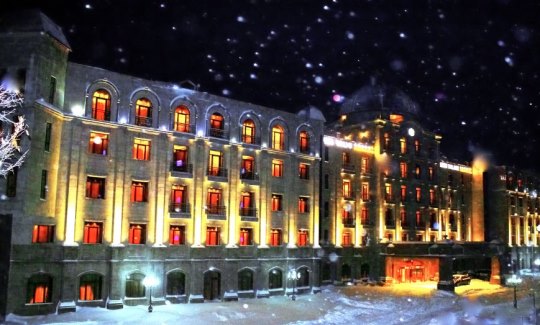 The teams are made up of 4 players plus 1 reserve and 1 captain.

By March 15, 2015 every Federation that has entered must notify the following details to the Organizer:
a. name/surname of the team captain,
b. name/surname of each member of the team,
c. FIDE ID and ratings of team members (according to the most recent FIDE rating list)

Each match will be scored by match points as used in the FIDE Olympiad. Winner will get 2 points, a draw will give each team 1 point, and a loss is scored as 0 points.