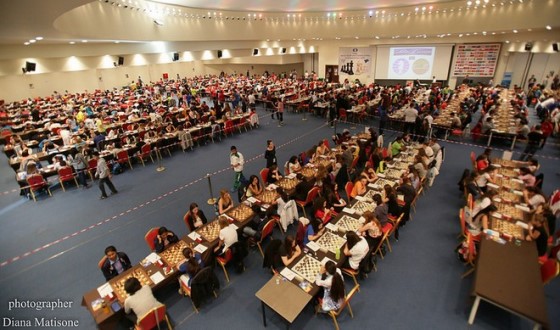 The Open U18 group now has a sole leader as the untitled Mosadeghpour Masoud from Iran defeated the 2nd seed GM Alekseenko Kirill and is on top with perfect score.

WFMs Harazinska Ewa and Varshini V share the lead in the Girls U18 section.

In the Open U16 the 2nd seed FM Fawzy Adham boasts the perfect score, half a point ahead of the large group of players.

A group of FMs, Esipenko Andrey, Shevchenko Kirill and Kozak Adam, continue to run with perfect score in the Open U14. Top seed WFM Vaishali R and 7th seed Badelka Olga make the commanding duo in the Girls U14 section.

Four players, FM Abdusattorov Nodirbek, Niemann Hans M, CM Muradli Mahammad and Firouzja Alireza, are with the perfect score in the Open U12, while the Girls U12 has as many as five leaders.