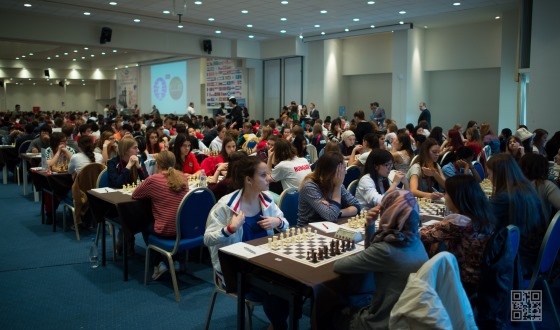 The FIDE Events Commission Secretary and ECU General Secretary Theodoros Tsorbatzoglou greeted the participants and guests and wished them a pleasant stay in Greece. He expressed satisfaction that Porto Carras, as one of the top resorts in the Mediterranean, is once again organizing a massive FIDE event.

Chief Arbiter Panagiotis Nikolopoulos once again welcomed all the guests and gave the start of the round.