The FIDE World Youth Chess Championships 2014 will be held in Durban, South Africa from 18th September to 30th September 2014 organized by the South African Chess Federation under the auspices of FIDE.

All FIDE members and chess academies are cordially invited to participate in the 2014 World Youth Chess Championships. The Local Organizing Committee is honored to host this prestigious event and we sincerely hope that you will enjoy your visit in Africa.

The Championships will be hosted at the International Convention Centre, Durban, Kwa-Zulu Natal, South Africa. The ICC Durban is one of the most advanced conference facilities in the world.

The ICC Durban is purpose-built, fully air-conditioned and comprises six convention halls that are interlinked, but separate. Halls 4-6 double as convention and meetings spaces and the flat floor space for the ICC Arena makes it the leading indoor sports and entertainment venue in Durban which accommodates up to 10 000 spectators. 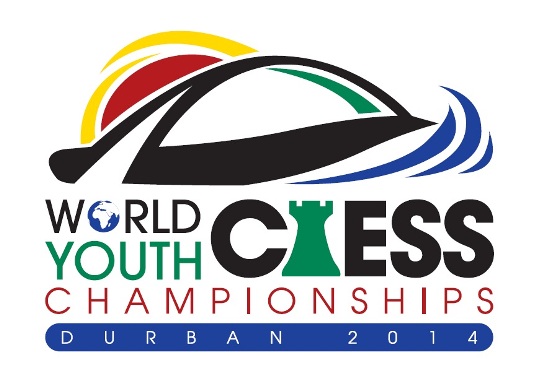 Each National Federation can register a total of twelve (12) Official Players, that is, one official player in each category (under 8, 10, 12, 14, 16, 18 years old; open and girls) plus one accompanying official, provided he/she holds a valid licence and title as a FIDE Trainer.

In order to provide appropriate tournament conditions, the Federations must complete the official online registration form, in full, and submit to the organising committee by no later than 17 July 2014.

FIDE endorsed Chess Academies may register not more than one player per age group per gender per event.

The deadline for the reservation and payment of a 50% deposit on the accommodation is 17 July 2014. Any accommodation payment made after the deadline, will incur a surcharge of 10%.
Once the payment has been made, proof of payment must be sent to the Treasurer at treasurer@2014wycc.co.za

Durban is the largest city in the South African province of KwaZulu-Natal, also known as the Zulu Kingdom. Durban is also the major centre of tourism in South Africa because of the city’s warm subtropical climate and extensive beaches.