FIDE Zone 4.3 Championships have come to an end and the winners are both from South Africa. In the Open Section Ryan Pierre van Rensburg won with a score of 7/9 and thus getting the right to represent the zone in the World Cup and also becoming an IM.

In the women’s section it was a 10 player, 9 round robin which had a tie of 8/9 between WFM Jesse Nikki February and WIM Anzel Laubscher (both South Africa). Jesse won on tiebreak as she beat Anzel in the direct encounter and thus secured the WIM title and goes on to represent the zone in the world cup.

Both Jesse and Anzel are also members of the National team going to the Baku Chess Olympiad this year. 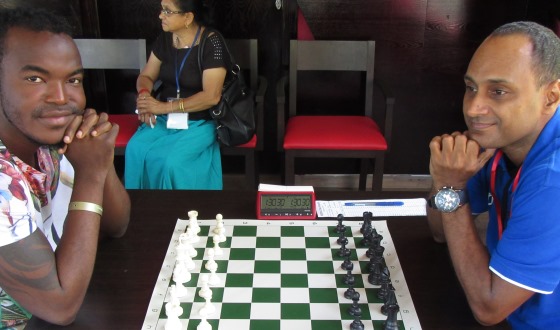 Zone 4.2 had their zonal championships at the same time as zone 4.3 and this event was held in Dar-es-Salaam, Tanzania.

It must be noted that only recently was South Sudan granted provisional membership to FIDE.

The open section was contested with 26 players and eventually we had a tie between two Egyptian players, FM Adham Kandil and Amrou Sobh.

In the women’s section, 12 participants from seven federations came to battle in Tanzania. Djibouti, Egypt, Ethiopia, Kenya, Rwanda, Tanzania and Uganda were the federations who sent players.

There was a clear winner with WGM Shrook Wafa of Egypt winning the event with a perfect 9/9 score, a rare thing to do in such strong tournaments.