The Serbian Chess Federation was host to the FIDE Zone 1.5 meeting, which was held on 17th July at Master Hall in Novi Sad, the venue of the International Championship of Vojvodina.

The meeting was chaired by President of FIDE Zone 1.5 and President of Serbian Chess Federation Miroslav Kopanja.

The Agenda included:
– Development of Chess in Schools in Zone 1.5
– Cooperation between member countries, organization of tournaments for juniors and seniors, organization of seminars for arbiters, trainers and organizers, and exchange of players in the tournaments
– Miscellaneous 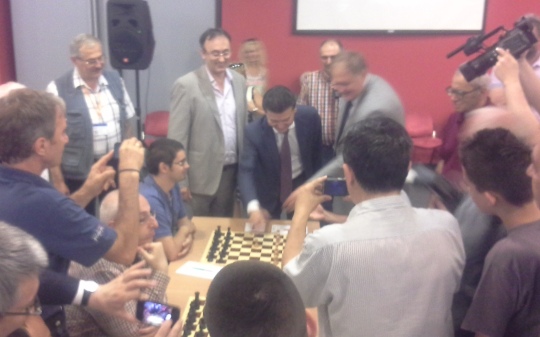 FIDE President said that cooperation between the federations in Zone 1.5 is very important and the proposed topics will help in establishing stronger ties.

He explained that now the main goal of FIDE is to reach 1 billion chess players on the global scale.

With these issues solved, FIDE can focus on Chess in Schools project. In 2012-2013 FIDE invested 3 million USD in this program. The funds were not from FIDE budget, as President and his friends provided donations.

Armenia, also member of Zone 1.5, will host a big international conference on Chess in Schools in October. FIDE President invited all federations to attend the conference and share their expertise. 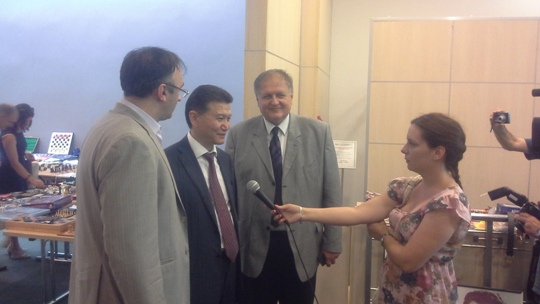 President of Serbian Chess Federation spoke about the difficulties that follow the program. Six years ago Serbian Ministry of Education introduced chess as optional subject in the elementary schools.

As with every public system there were some obstacles and Serbian federation didn’t do enough to fight these off and use the tremendous potential.

Teachers who do not play chess are hesitant to learn new skills and to pass them to children.

The federation has now introduced two manuals by Danko Bokan and Josip Dekic, which have rich graphics and help the teachers (even those who don’t play chess) to introduce the basic rules of chess to kids through play and fairytales.

These manuals are also offered to other federations for translation to their respective languages. 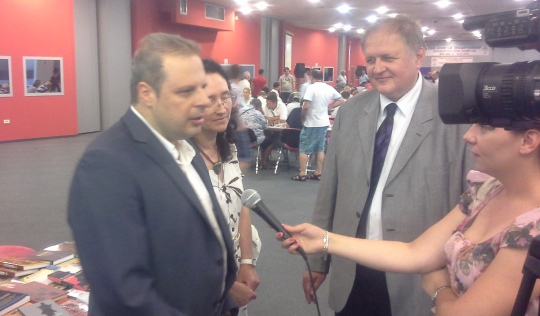 Theodoros Tsorbatzoglou, member of the ECU Board, said that three months ago Ministries of Education in Romania and Greece simultaneously introduced Chess in Schools projects which are almost identical.

Tsorbatzoglou urged on all chess officials not to use the CIS projects for political means.

He explained that at the moment there are many different programs – FIDE, ECU, Greece, etc. This should all be unified under one single CIS program, which would then have many different methods of teaching.

Tsorbatzoglou also noted that the European Championships are losing on quality and quantity, and that the prize funds are dropping. He proposed to FIDE President to consider return to format with Zonal tournaments as qualification for the World Cup. 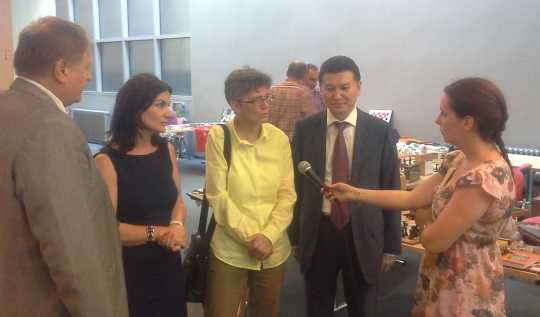 There are two textbooks for two levels. In cooperation with the Ministry of Education and Sports, every single school has a teacher for chess.

Vukovic agreed with Tsorbatzoglou that there is a need to establish a unified CIS program.

The representative of Turkish Chess Federation said that in his country chess is the sport with the greatest number of registered players, exceeding even the ever-popular football.

In Turkey kids learn chess while going to school, at the age 7-17. He noted that after going to college many give up on playing chess. The main task is to reduce the number of dropouts. 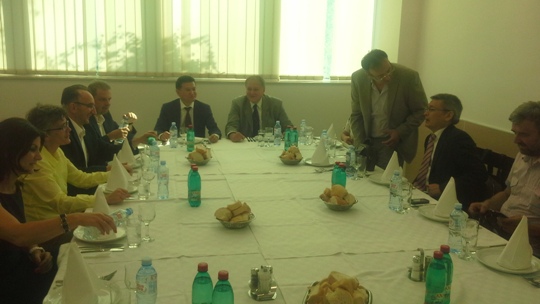 Majlinda Pilinci, General Secretary of Albanian Chess Federation, said that Albania’s main concern at the moment is to increase the number of chess players and raise their competitive level.

The World Championship Match between Hou Yifan and Humpy Koneru had a huge positive impact on promotion of chess in Albania.

Mikhail Gorbachev’s visit, which was connected with chess and not politics, also attracted huge interest.

Garry Kasparov also visited Albania and met with the Prime Minister. His visit helped for further promotion of Chess in Schools.

Zoran Bojovic, President of Central Serbia Chess Federation, remarked that there should be more FIDE Lecturers for Arbiters and Trainers. He called on FIDE to further expand the activity with Seminars.

Theodoros Tsorbatzoglou proposed to Serbian Chess Federation to get in touch with Chairman of FIDE Trainers’ Commission GM Adrian Mikhalchishin who is fluent in Yugoslav languages and can help organize the Seminars.

Miroslav Kopanja invited the member federations to exchange the tournament calendars and propose possible exchanges of players from January 2015. 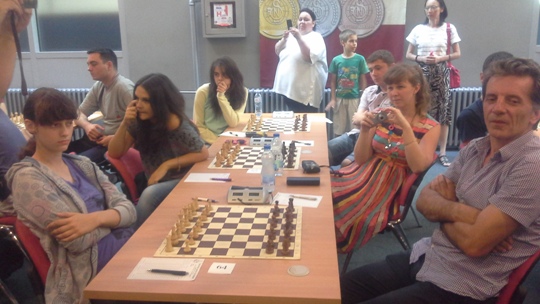