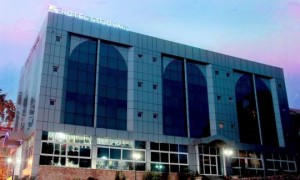 The Uganda Chess Federation (UCF) under the auspices of the African Chess Confederation (ACC) has the honour of inviting all chess federations in Zone 4.2 that are affiliated to the World Chess Federation (FIDE) to participate in the 2015 Zone 4.2 Individual Chess Championships.

The event will comprise an Open Section and a Women’s Section.

The Championships will be held from 17th April, 2015 (arrival) to 26th April 2015 (departure) at Sojovalo Hotel on Rubaga Road in Kampala, Uganda.

In accordance with FIDE regulations, the Zone 4.2 Individual Championships are open to all players from federations within Zone 4.2 which are affiliated to FIDE:
Burundi, Egypt, Ethiopia, Kenya, Rwanda, Seychelles, Somalia, Sudan, Tanzania, Uganda.

It is intended that the Championships will be played in accordance with FIDE regulations as a 9 Round Swiss System tournament.

Time control will be 90 minutes for the first 40 moves, followed by 30 minutes for the rest of the game, with an increment of 30 seconds per move starting from move one (1). Draw offers are not allowed before completion Black’s 30th move.