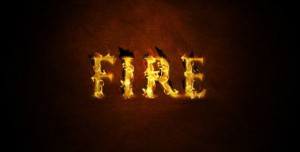 The record breaking season 10 of the premier chess engine championship TCEC is going to start October 10th, 2017. It is a compact three stage championship, involving the current best chess software as well as engines that aim high and continue working for the progress of the computer engine field.

For the past seasons the battle for the medals has revolved around three engines – Komodo, Stockfish, and Houdini. Now Season 10 of TCEC has all the prerequisites to break the trend. With six more engines within the 3200 ELO mark and all of them providing a new, stronger, and better custom version for the event, the battle for the medals will certainly be hot this season.

Today we present you one of the main contenders for the top positions – Fire, the chess engine by Norman Schmidt. Fire already proved to be dangerous with version 5, now with version 6.1 it will add 30-40 ELO of playing strength.

Here is an interview with Norman Schmidt, where he explains about the new version of Fire, his expectations for the season of TCEC and computer chess in general.

Dear Norman Schmidt, it is great to see that you continue with developing and upgrading the chess engine Fire. Your work in the field has been fantastic, can you tell us a little about yourself?

First of all, a big thank-you to Anton and the TCEC team for organizing the championship. I know it must be a huge effort to pull this all together.
I’m an American from the Boston area living in Belgium (Flanders, the Dutch speaking half). I’m been married more than 30 years now with 3 children. I’m an early retired IT professional (systems, network, and software engineering). I play the guitar and am a big NBA (Celtics) fan.

I played a lot of tournament chess and chess in clubs when I was younger, but currently I don’t play as much anymore… now I prefer watching strong engines play! I do however play an occasional game on chess.com (spyderbytes) where my blitz rating is normally around 1600.

This season Fire plays with new version 6.1, can you tell us how it’s developed?

I publicly released Fire 6.1 on Sept. 23. It’s approximately 30-40 ELO stronger than Fire 5. Development is rather straightforward… but many would find the process tedious, and it is very time consuming.

I have 3 modern Windows 10 systems that I use as a test bed. These are fast i7s (3930K and 4930K with hyper threading ‘on’) with 16 GB RAM. I run LittleBlitzer (http://www.kimiensoftware.com/software/chess/littleblitzer) on each system. I run 1 game per thread, which = 12 simultaneous games per system, 36 simultaneous game in total. The games are ultra-fast (1000 ms + 100 ms inc., about 15 secs. per game), so within a few hours you can have thousands of games played, establishing a high level on confidence in the result. I have remote access to each box, and I use a series of processing scripts to collect and concatenate the PGN files, run utilities like Ordo, etc., to calculate Elo and LOS. Each single change (no matter how small) to the source code is tested in this fashion. In this manner, with discipline and over a period of months, you can make significant progress. Most of the testing is ‘self-play’ (the most recent change tested against the version directly previous… for ex: Fire 6047 vs Fire 6046), but I also run the most recent dev version occasionally against 5 different strong opponents (in gauntlet mode) as well, to verify.

Both Fire 4 and Fire 5 haves had significant and exciting runs in TCEC. What are your expectations for this Season?

Well, I would hope that Fire advances to Stage 2 of course, and finishes in the top 5. More importantly, I hope it plays some sound and exciting chess. Although it’s pretty clear that Fire has little or no chance to reach the super-final, it would be great to see an unexpected upset win vs one of the top 3 (Stockfish, Houdini, or Komodo) engines along the way!…but I certainly don’t expect that either.

It is nice to see Fire being developed year after year. Do you plan to continue with the project?

Yes, as long as I am motivated and have time.

Fire is the 2nd strongest free engine. Have you considered making a commercial version?

No. Fire will always be free.

Can other free engines like Fizbo and Andscacs challenge the top position of Fire in the “free engines category” this season?

Yes, of course. Anything can happen, especially with these two fantastic opponents.

What do think of the progress that computer chess programs have made over the last years, and how are things changing?

It’s fantastic progress and has evolved quickly. The computer chess landscape has surely changed a lot. For example, previously programmers had very few rudimentary guides to the process. But now the ideas, techniques, etc. used to create strong engines are well known and extremely well documented (take a look at https://chessprogramming.wikispaces.com/). And of course, open-source projects like Crafty, Fruit, Ippolit, Stockfish, (amongst others) have contributed enormously to the shared knowledge…like blue-prints. Programming a strong engine seems to have become more of an engineering challenge in many ways. What are the techniques that really work well and/or have proven best, and how can one architect and program them into a functional, strong, and unique entity? There’s no doubt in my mind that in the future, as more skilled and talented individuals get involved, we’ll see more and more new fantastic engines (like Fizbo and Andscacs), that are very strong. How strong can engines become? I don’t think there’s a real fixed limit within sight at this point.