Neural Network chess fans around the world are celebrating as the first major computer chess title for the self-learning engine Lc0 (Leela Chess Zero) is a fact. Lc0 conquered the golden medal of the TCEC Cup in a 32 player knockout against the best engines in the world. The only NN playing in the competition emerged victorious after knocking out consecutively Tucano (8-0), Xiphos (6-2), Andscacs (5,5-2,5), the three time TCEC champion Komodo at the semi-final (10-8), and the four time TCEC champion Houdini at the final (4,5-3,5). Thus, Lc0 received the TCEC Cup gold medal, ahead of Houdini and the defending champion Stockfish.

It seems that a knockout format with 30 min time control is the favorite of the world’s top NN engine. Lc0 won its first major medal in the same competition last year, while just three months later it is able to win the gold medal, going all the way undefeated.

Final standings (click on the image for full view) 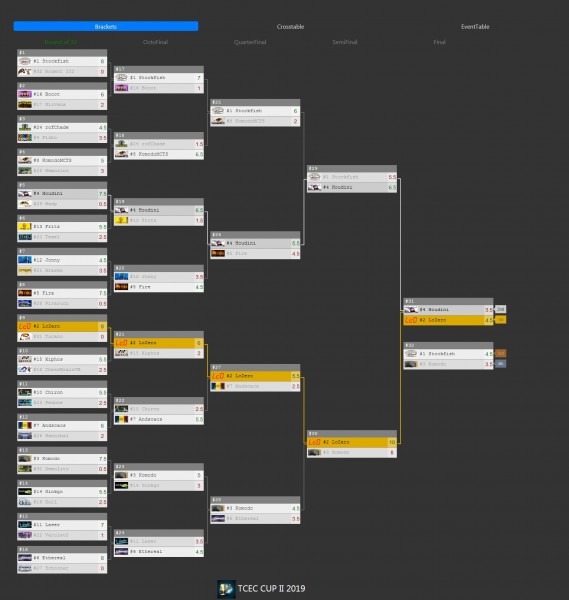 The match that forced Lc0 to play direct matches against all champions in TCEC history, analysed by Kingscrusher, click HERE

First “end of an era” match?

Ever since Lc0 entered the Top Chess Engine Championship back in S12, the Neural Network believers were excited that an “end of an era” is coming. This expression originates in the fact that Stockfish has been dominating the computer chess world as the strongest AB chess engine, and that Leela as a Neural Network has the highest chance of changing the status quo.

Lc0 did not have a direct match against Stockfish in the TCEC Cup this year. However, it defeated in the final Houdini – a version that has won the TCEC Championship and that eliminated Stockfish at the semi-final. At its own semi-final Lc0 defeated another multiple times TCEC champion – Komodo – thus confirming that the second place in the Premier Division was a deserved one. This second place will finally give the chance to Lc0 to face Stockfish for the highest title of computer chess. It will happen at a 100 games long time control head-to-head match, the Superfinal of TCEC, that starts this February 4th at 15:00 CET.

The Superfinal is a chance for Lc0 to conquer yet another pinnacle. The TCEC Cup is the first time this TCEC season that LCZero did not lose a game – it did lose games in the lower Div3, Div2, and Div1. However, Lc0 has a win against every engine that it met this season. Except one – Stockfish.

Is the Superfinal going to be the “end of an era” or just another episode of a long lasting battle to come? Follow Stockfish – Lc0 Superfinal match live at the official website.