Finally, the main activity is the Bicontinental Chess Match between Hou Yifan and local star Cristobal Henriquez Villagra which is taking place in Chilean Patagonia and Antarctica.

The event is one of the many timed to the 500th anniversary of the opening of the Strait of Magellan. 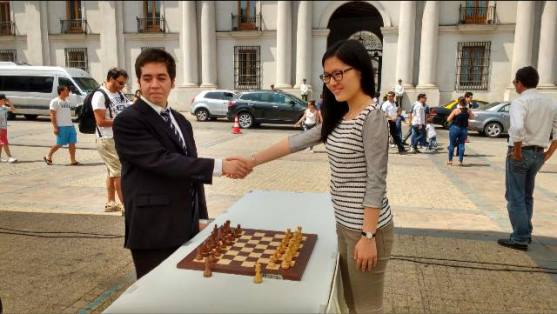