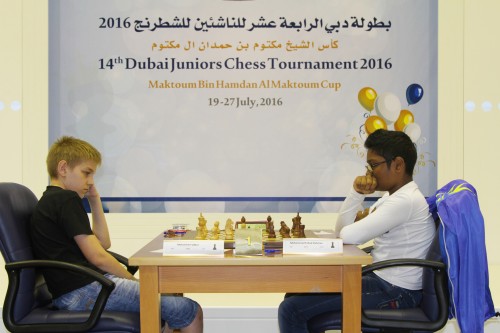 The third-seed Rahman upped his tally to seven points, as five players from five different countries are in hot pursuit half a point behind with 6.5 points each, including Matviishen and the UAE’s Candidate Master (CM) Omran Al Hosani, who scored an emphatic 41-move win over Armenia’s Eduard Hakobyan in a chaotic Sicilian Defence encounter.

Rahman was on the defensive end as the Ukrainian launched a promising endgame attack with his queen, rook and bishop. Matviishen, however, could not find the right continuation as the Rahman gradually consolidated his defence before forcing a series of exchanges that resulted in a drawish rook-and-pawns endgame. The players agreed to a draw on the 47th move.

Hakobyan confronted Al Hosani’s Sicilian Scheveningen with the aggressive Keres Attack, but the Armenian played tentatively, allowing the Emirati to launch a swift counter offensive in the queenside. The position, however, remained complicated until Hakobyan unleashed a piece sacrifice on the 28th move that ultimately proved inadequate. Al Hosani defended accurately and later won more material to score the full point.

Others with 6.5 points are Indian second-seed Rahul Srivatshav P, who settled for a draw with CM Ahmad Ahmadzada of Azerbaijan, fifth-seed Kazybek Umbetov of Kazakhstan, who won over the UAE’s Saeed Al Hosani, and Armenia’s 11th-seed Hayk Kocharyan, who upset sixth-seed Ranjan Aryan of India. 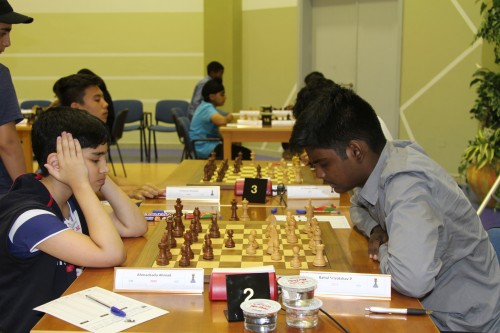 The final round will be played on Tuesday at 10am, with featuring Rahman against Omran Al Hosani at the top board. Kocharyan will take on Matviishen on second board, while Umbetov faces Srivatshav on board three. All three matches will be crucial in deciding this year’s champion.

A total of 110 players from 12 countries are taking part in the nine-round Swiss system tournament, which offers a total prize fund of US$10,000, with US$2,000 and the Sheikh Maktoum Bin Hamdan Al Maktoum Cup going to the champion. The top 10 winners of the tournament will receive cash prizes, along with the best Emirati and Dubai Chess Club players.

Top 15 standings after round 8