The very exciting Olivier Breisacher Memorial in Biel had its last round today. The whole tournament was very intriguing regarding the standings, as all the players showed their strength at some point. After Etienne Bacrot led for a couple of rounds, Ding Liren took over first place and seemed ready to grab the title today. however, things went other way.

After today’s results, no less than four players tied for first place with 14 points each. Maxime Vachier-Lagrave, who missed a lot of chances during the whole event, scored a final win over leader Ding Liren; meanwhile, Etienne Bacrot and Alexander Moiseenko took this opportunity to also catch the Chinese with a draw. Ian Nepomniachtchi and Richard Rapport also split the point.

Ding Liren was a win away from clear first place and, in retrospect, given the other results, he would have taken the trophy even with a draw. On the other hand, Maxime Vachier-Lagrave arrived with a slim chance of catching the leaders, and he took it. He had a remarkable performance in most of his games, so the final result only seems fair.

The young Chinese used his only weapon against the 1.d4 systems, the King’s Indian Defense. The players took a sideline and ended up focusing most of the fight on the queenside. A very slow maneuvering battle began and white obtained the better of it. When the smoke cleared, Vachier-Lagrave was a pawn up with four rooks on the board, and the grinding began. Only on move 75, Ding Liren finally gave up hopes when it is clear that white will either end up in a totally won pawn endgame, or will get a second pawn if the rooks are left on the board. 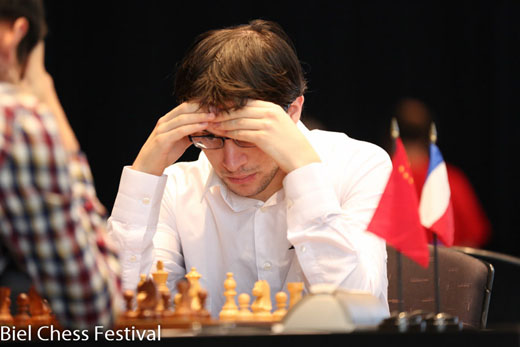 The other key game of the round was Etienne Bacrot – Alexander Moiseenko. The oldest participants showed throughout the event that they are still capable of fighting with the new generations. In previous rounds, Bacrot saved a couple of inferior pawn endgames and Moiseenko showed his class and preparation with the white pieces.

The players went into a Nimzo-Indian and started simplifying the position rather quickly. None of them took too many chances, as they focused their strengths on trying to win a pawn in a very positional battle. The defensive skills of the experienced GMs were up to the task and they reached a drawn position on 32 moves. Both of them will participate in tomorrow’s tiebreak to fight for first place. 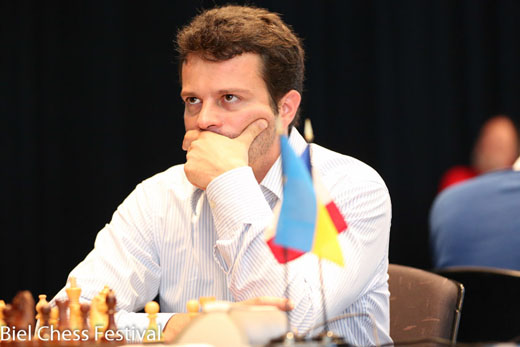 Ian Nepomniachtchi had a rather disappointing performance, given the fact that he arrived as the second seed. Richard Rapport arrived as the outsider and could not cope with the pressure of playing these strong GMs, however, he showed a lot of creativity and added a lot of value to the event. It would not be surprising if they invite him again next year. These two players finished at the bottom of the standings after drawing their last round game. 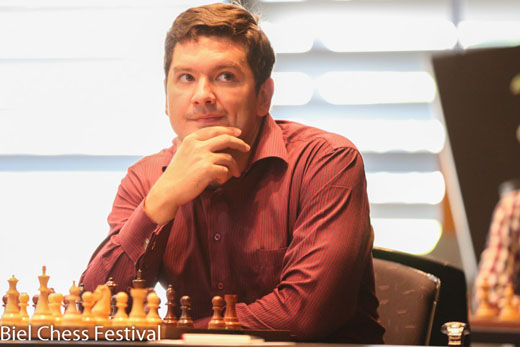 The four players that tied on first place will play a mini-tournament tomorrow to decide who will be the champion. The rules are presented below:

There will be semi-finals in blitz (two games with 5’+2’’; if 1-1, one Armageddon game). The semi-finals will be Player 1- Player 4 and Player 2- Player 3 (according to Sonnenborn-Berger), with 1 and 2 having the priority to choose the color.

The pairings for the semifinals are Bacrot – Moiseenko and Vachier-Lagrave – Ding Liren.