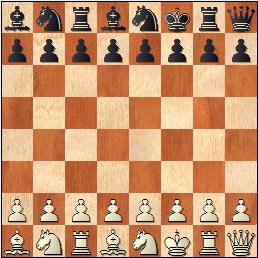 One of the 960 starting positions in FRC

TCEC have decided to run a Special Event – Fischer Random Chess (FRC) tournament with the 8 best engines (supporting FRC) from the season that just ended.

In Fischer Random Chess (Chess960) the pieces at the starting position are placed randomly in one of the 960 possible ways. In this particular competition opening books won’t be used. The engines will play from move 1.

The tournament will start on 28th June, 2014 at 16:00 CEST in a quad robin format with a total of 112 games. The results here will not affect the TCEC rating list.

Although TCEC and Chessdom Arena support mainly classical time controls, such as the standard seasons of TCEC, the websites are also in favor of the alternative formats. Fischer Random Chess aka Chess 960 is going to show the top chess engines in a totally different light, bringing yet more excitement to the fans with 24/7 action.

Interview with Martin Thoresen – organizer and director of TCEC