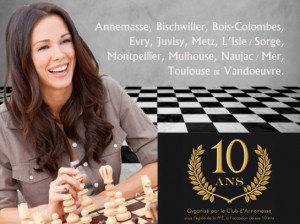 The competition is played in two phases. The first one is 5 rounds Swiss, where the 9th, 10th, 11th and 12th finishers are relegated. Teams placed on positions 1 to 4 continue to the second phase continue to semifinal knockout (1st against 4th and 2nd against 3rd), and there is a final match in the end.

The first phase program is as follows:

Official poster of the competition