The Friendship Games, a 9-round Swiss FIDE rated tournament for title norms, takes place at the Royal Dearborn Hotel and Conference Center in Dearborn, Michigan (suburban Detroit) from 28th October to 1st November.

The event is organized by Michigan Chess Festival LLC (MCFLLC) and the arbiter is IA Hal Bond of Canada.

The tournament is titled “The Friendship Games” to acknowledge and celebrate the improved relations between the United States and Cuba. Grandmaster Gata Kamsky is joined by US GMs Fidel Corrales and Jeffery Xiong, the super young talent who recently was awarded the GM title well before his 15th birthday, WIM Viktorija Ni, and many other US players. 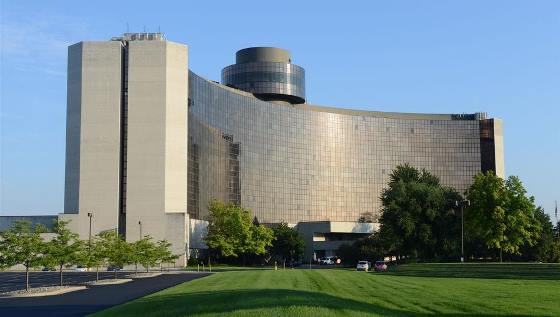 Other Grandmasters competing are Roberto Mogranzini from Italy and Ashwin Jayaram from India and other “internationals” are IMs Angelo Young from the Philippines and Martha Fierro from Ecuador.

A number of strong young players compete, including several from Michigan, Ruifeng Li, and others.

Michigan is located in the north central region of the United States, directly across the Detroit River from Windsor Ontario. Alan Kaufman, director of Michigan Chess Festival LLC says: “I am proud to bring such a strong tournament to Michigan. I look forward to welcoming our guests from Cuba, as well as several other ‘internationals.’ Chess players in Michigan are very excited that Gata Kamsky will be visiting Michigan for the first time. We expect to welcome several strong Canadian players to The Friendship Games, as well as players from New York, Indiana, Ohio, Illinois, Texas, Missouri, Wisconsin, and many other states in the United States.”

To round out the significant chess activities of the week, well-known Detroit chess organizer and coach Kevin Fite, who leads “Young Detroit Thinkers,” and his collaborators “We Play Chess” will present The International Renaissance Chess Classic, a six round scholastic tourney at the same hotel. Several time US Womens’ champion Grandmaster Irina Krush will be the special guest at the Renaissance Chess Classic.

Both The Friendship Games and The Fifth Fall Festival are part of the “Trophies Plus Grand Prix,” a sponsored year-long “grand prix” inside the USA which awards significant cash prizes to players who accumulate the highest point totals. A sponsored program of USChess, leading players avidly compete in several tournaments to improve their position. The Friendship Games will award 200 “Grand Prix” points, and The Fifth Fall Festival will award 50 “Grand Prix” points. GM Kamsky currently is in the (USChess) Grand Prix lead, GM Lenderman is in third place. See http://www.uschess.org/datapage/GP-standings.php

The Royal Dearborn Hotel and Conference Center is located a few miles from Detroit Wayne County Metropolitan Ariport (dtw). Rooms at the Hotel can be booked at: http://www.hotel-dearborn.com/, or call 313-592-3622, use group code 3887.

To enter The Friendship Games, or either of the other two tourneys taking place the same weekend, go to www.weplaychess.webs.com

The organizer can be contacted at info@michiganchessfestival.com