G-Team Novy Bor from Czech Republic defeated Minsk 4,5-1,5 in the final round in the Open section of the European Club Cup to take a clear first place and win the prestigious trophy.

G-Team Novy Bor won six matches, including the clash with the previous champion and top-seeded SOCAR, and tied only Malachite to conclude the event with 13 match points, one point ahead of the chasing pack.

Malachite took the silver medal thanks to the 4-2 win against PGMB-Rostov. Top two players Alexander Grischuk and Sergey Karjakin decided the match.

SOCAR split the points with Saint-Petersburg (six draws) which was enough for the bronze medal on best tie-break: Olympiad-Sonneborn-Berger.

Also on 11 points but with weaker tie-break are Clichy Echecs 92 and Saint-Petersburg. 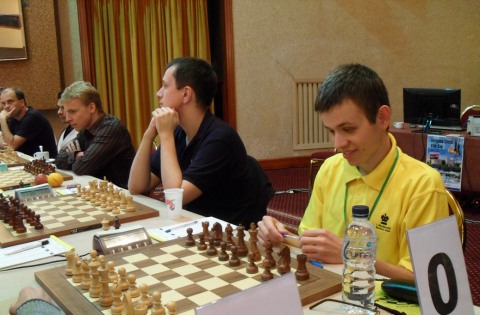 In the Women section the winner was decided after the penultimate round when Cercle d’Echecs de Monte-Carlo clinched their fifth European title.

Monte-Carlo proceeded to beat Fischer Chieti 4-0 in the final round.

Chess Club BAS and Ugra played 2-2 in the match of many missed chances on both sides. Ugra confirmed their second place and silver medal.