On 26th January a new sponsorship contract was signed with the investment firm GAMMA which will be the main sponsor of the Reykjavik Open for the next four years.

The contract was fittingly signed on the national chess day in Iceland, also the 80th birthday of legendary Grandmaster Fridrik Olafsson.

The national chess day was founded to honor Fridrik and he was present during the signing of the contract.

Agnar Tómas Möller from GAMMA and Gunnar Björnsson, president of the Icelandic Chess Federation were on hand to put pen to paper. 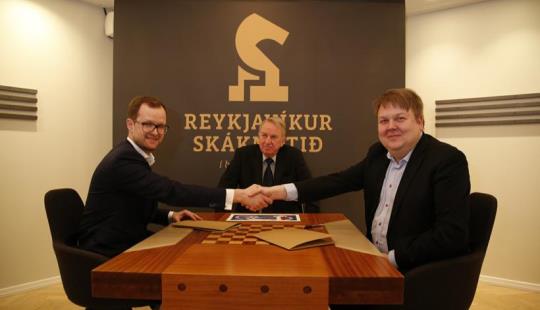