The 1st ADX Chess Festival is set to take place Tuesday 30th August at Hotel Sheraton WTC in São Paulo, Brazil. The highlight of the day will be the lecture by former world champion Garry Kasparov who is flying in from Argentina.

In the evening the 5th SP Masters Series will be played with Garry Kasparov in attendance.

The ADX (Associacao para o Desenvolvimento do Xadrez) officially launches its website and announces a milestone event for the Brazilian chess. 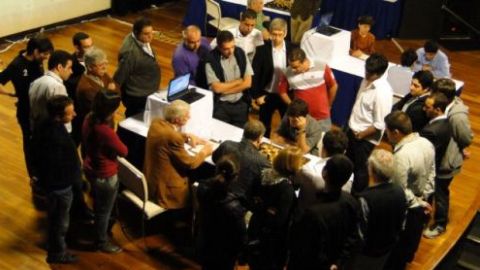 The press conference will be broadcasted live at livestream.com/adxlive at around 1:30 PM GMT time.

The results round-after-round will be posted at http://www.adx.org.br. All of these channels allow chat features, as well as facebook and twitter conversations.