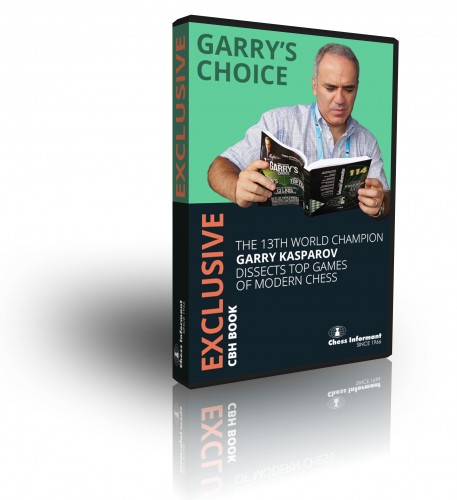 Garry Kasparov, the 13th World Champion, needs no introduction: a truly great chess player, who has tremendously influenced the development of chess with his games, his analyses, his writings, Garry is well known everywhere.

In this Informant’s column, Garry’s Choice, he is annotating select games from recent practice, in his trademark style, casting his critical eye on the efforts of modern chess stars – and mere “mortals”!

The eBook contains six Garry’s Choice columns that were published in Chess Informants 113-118. These are not only exclusive annotations but extensive coverage of opening lines with additional reference games, colored with the personal views and reminiscences by the greatest chess authority of our time.

This product is a Download version, exclusive for Chessdom readers.

Get your copy of Garry’s Choice 2014 now here

Also: Get your games commented by a Grandmaster (5 games + 1 free)