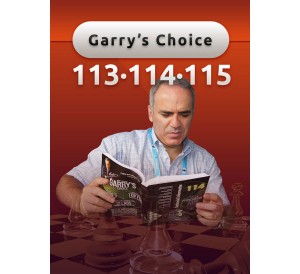 All in an exclusive pack by Chessdom's chess shop

You can now get the 113, 114, and 115 columns by Garry Kasparov in downloadable Candidates pack. One zip file contains:

– PGN files with annotations by Garry Kasparov/ including reference games/ readable by ChessBase, ChessAssistant or any PGN reader

This is the offer only for ChessDom.com readers, the bundle is not available anywhere else. Price for Chessdom readers is 12.50 EUR.

Garry Kasparov, the Thirteenth World Champion, tremendously influenced the development of chess with his games, analyses, and writings. The quality of this work has greatly enriched our chess culture, and Chess Informant has had the privilege of presenting the fruits of his deep analytical work for more than thirty years. Seven years after his retirement from professional chess, we are deeply honored to welcome Garry back to Chess Informant! In the new column, “Garry’s Choice,” he is annotating select games from recent practice, casting his critical eye on the efforts of modern chess stars – and mere “mortals” – in his trademark style.

BEST CHESS COLUMN IN THE WORLD
“SOMEBODY asked me what is currently the best chess column in the world. I fought back the impulse to immediately reply “Chess Piece in BusinessWorld” and actually gave this some thought. Kavalek’s column in Huffington Post is an excellent candidate, but I would have to say that the best chess writing as of this moment is “Garry’s Choice,” Kasparov’s column in the Chess Informant where he would annotate recent games and at the same time talk about them. This is exactly the way I like to write — to explain to the readers the moves and the story behind them.” 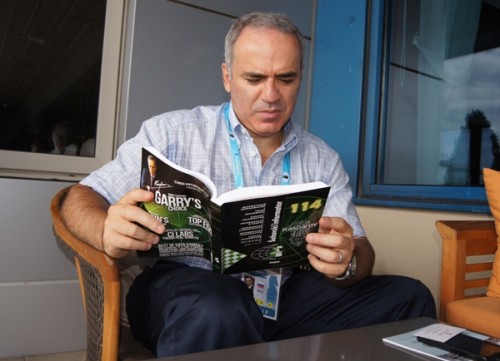