Garry Kasparov is often spending his holidays in sea resort Makarska, where he owns a house and where he had training session with Magnus Carlsen.

Couple of days ago Kasparov visited Croatian President Ivo Josipovic and they played a game of chess. Josipovic wrote on his facebook page that he resisted for 33 moves (photo).

Slobodna Dalmacija has unofficial confirmation that Kasparov’s petition will be accepted. 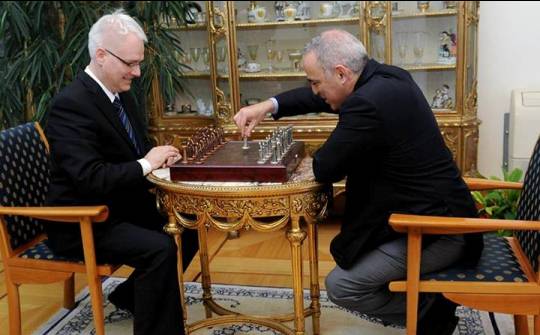